Disasters are not gender neutral. They often affect women and girls disproportionately to men and boys due to gender inequalities caused by socioeconomic conditions, cultural beliefs, and traditional practices. Understanding different gender roles, responsibilities, needs, and capacities are critical to identify, reduce, prepare, and respond to disasters for effective disaster risk management (DRM), and to better understand how to support women and girls as their own advocates and agents of change. GFDRR’s leadership in promoting gender equality in DRM has paved the way for expanded activities to support women’s empowerment and raise awareness of the intersectionality with other identities.

Gender equality in DRM refers to analyzing how gender differences and gaps -- in terms of access to political, economic, and social resources -- affect women and men’s resilience to natural hazards; planning concrete actions to address those disparities to reduce underlying vulnerabilities; and assessing the impacts of those actions. This helps to determine women and men’s capacity to cope with and recover from future shocks and situates gender-responsive DRM as part of the broader structural socio-economic efforts to combat gender inequality.

Significant evidence shows that despite gender-differentiated vulnerabilities, women and girls are also powerful agents of positive change before, during, and after disasters occur. Women’s empowerment includes facilitation of capacity building and leadership training to have representation in decision-making activities.

Under the previous Social Resilience program, GFDRR committed to integrating gender-sensitive approaches into disaster risk management efforts through the Gender Action Plan (2016-2021). Some of the key priorities have included:

Building upon these concerted efforts, GFDRR’s Inclusive DRM and Gender Equality Cross-Cutting Priority Area is targeting that 100 percent of new GFDRR grants are gender-informed and at least 90 percent of new GFDRR grants include gender analysis. The aim is to substantively advance gender equality in DRM policies and programs by addressing the existing gaps in approaches and resources within the DRM field.

GFDRR recognizes that there is a lack of relevant sex-disaggregated data, which makes it difficult to appropriately assess the differential impacts of disasters on men and women. Due to limited awareness of the importance of sex-disaggregated data and the insufficient capability of existing systems and processes to capture such information, GFDRR is dedicated to supporting countries to collect better and more sex-disaggregated data to inform DRM programming and further mainstream gender equality.

For more information on our work on Inclusive DRM and Gender Equality, please click here.

Breaking down the facts and evidence on the gender dimensions of DRM. 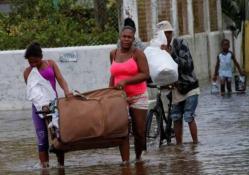 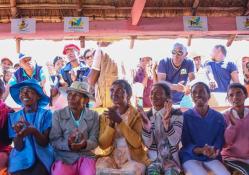 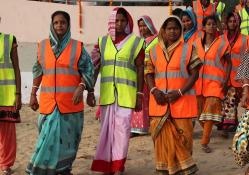 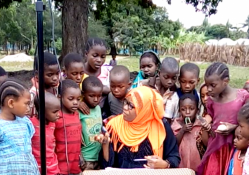 This e-learning course will help you understand how your disaster risk management (DRM) projects can equally benefit women and men by addressing the effects of gender roles and inequality on risk and resilience to natural hazards, as well as how to address them, complete with case studies.

Go to the course

View more
Report
Toward More Gender-Inclusive Emergency Recovery Projects Responding to Natural Disasters
This note captures good practices and lessons learned through a review of World Bank-financed ERPs
Learn More
Report
Entry Points for Social Inclusion and Gender in Disaster Risk Management
The objective of this note is to identify entry points for integrating inclusion and gender
Learn More
Report
Disability Inclusion in Disaster Risk Management - Assessment in the Caribbean Region
Lessons learned from disability inclusion in DRM in the Caribbean region.
Learn More
Gender Equality and Women’s Empowerment in Disaster Recovery
This Guidance Note aims to provide action-oriented guidance to local &amp; national government officials
Learn More
Publication
GFDRR Gender Action Plan 2016-2021
GFDRR is bolstering its commitment to and capacity for integrating a gender sensitive approach.
Learn More
Publication
Gender Dimensions of Disaster Risk and Resilience: Existing Evidence
Breaking down the facts and evidence on the gender dimensions of DRM.
Learn More
Community-Led Partnership for Resilience
This report documents a number of case studies where grassroots women’s organization are working in partnership with their local or national governments to effectively manage disaster and climate risk...
Learn More
Building Social Resilience: Protecting and Empowering Those Most at Risk
This documents focus on the need to address the underlying causes of vulnerability to reduce the impacts of disasters on poor communities. The paper highlights practical ways of funneling disaster and...
Learn More
Violence Against Women and Girls: DRM Brief
This Sector Brief provides guidance to help understand how VAWG affects DRM programming and offers suggestions for integrating VAWG prevention and response activities within DRM.
Learn More