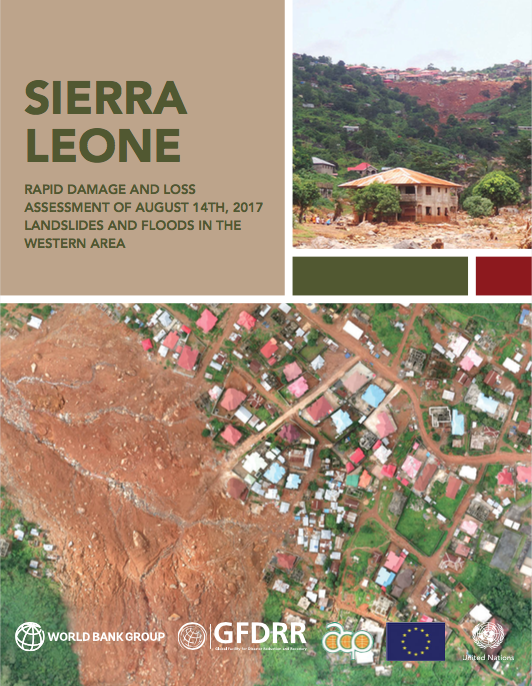 A massive landslide in the Western Area Rural of Sierra Leone on August 14, 2017, slipped into the babadorie River valley and exacerbated existing flooding in the Western Area Rural and Urban (Freetown), affecting about 6,000 people of which 1,141 have been declared dead or missing. Following three days of intense rainfall, a mountain valley side slope in the Regent area below Sugar Loaf, the highest peak in the north of the Western Area Peninsula, collapsed and caused a major landslide.

The Government of Sierra Leone requested the World bank’s support to conduct a comprehensive rapid Damage and Loss Assessment (DaLA), in partnership with the United Nations (UN). The DaLA was carried out from August 24 to September 8, 2017, with the objective of estimating damages and losses and of making preliminary estimations for mobilizing funds and launching immediate recovery. The assessment covers ten sectors, four cross-cutting areas, and preliminary recommendations for immediate, medium-, and long-term needs.