Women and girls are often most vulnerable and in need of support and protection in the face of disaster and climate risk, but also can act as powerful agents of resilience in their communities. Promoting women’s empowerment in disaster recovery not only contributes to more effective and efficient recovery, it also establishes opportunities for women and communities to shape more sustainable development. This can often be facilitated through advancements in science and technology that open up new spaces for community-led resilience, but also must be reflected in areas of leadership on the international stage.

This round of the Resilience Dialogue series will take an in-depth look at the intersection of gender, disaster risk, and technology, with a focus on how women-led grassroots efforts in disaster risk management can illuminate a way forward for gender divisions in science, policy, and beyond. 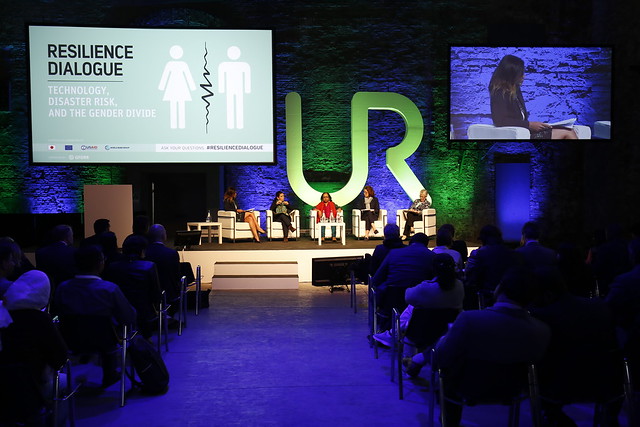