Every year, disasters caused by weather extremes – such as tropical cyclones and severe storms, floods, heat waves, and droughts – take an enormous toll in human lives and economic growth. Weather-related losses and damage have risen from an annual average of about $50 billion in the 1980s to close to $200 billion over the last decade.

And things may be getting worse – according to the Intergovernmental Panel on Climate Change, the frequency and severity of these hazards will likely increase in the coming decades, worsening impacts on climate-linked sectors like water, food security, forestry, health, and tourism. Without intervention, climate change could potentially push 100 million more people back into poverty over the next 15 years.

The world is already seeing many extreme weather events, which can be exacerbated by climate change. This year’s El Niño has already caused eight provinces in the Philippines to declare a state of emergency due to drought, forced rice farmers in Vietnam and Thailand to leave fields unplanted due to weak rains, and displaced more than 42,000 people by floods in Somalia last month. It’s now predicted to be one of the strongest recorded, with global implications for development.

Since its establishment in 2007, the Global Facility for Disaster Reduction and Recovery (GFDRR)—a partnership of 22 donors managed by the World Bank—has helped developing countries better understand and reduce their vulnerabilities to natural hazards and adapt to climate change through technical assistance and knowledge sharing activities in key areas including risk identification, risk reduction, preparedness, financial protection, and post-disaster recovery. 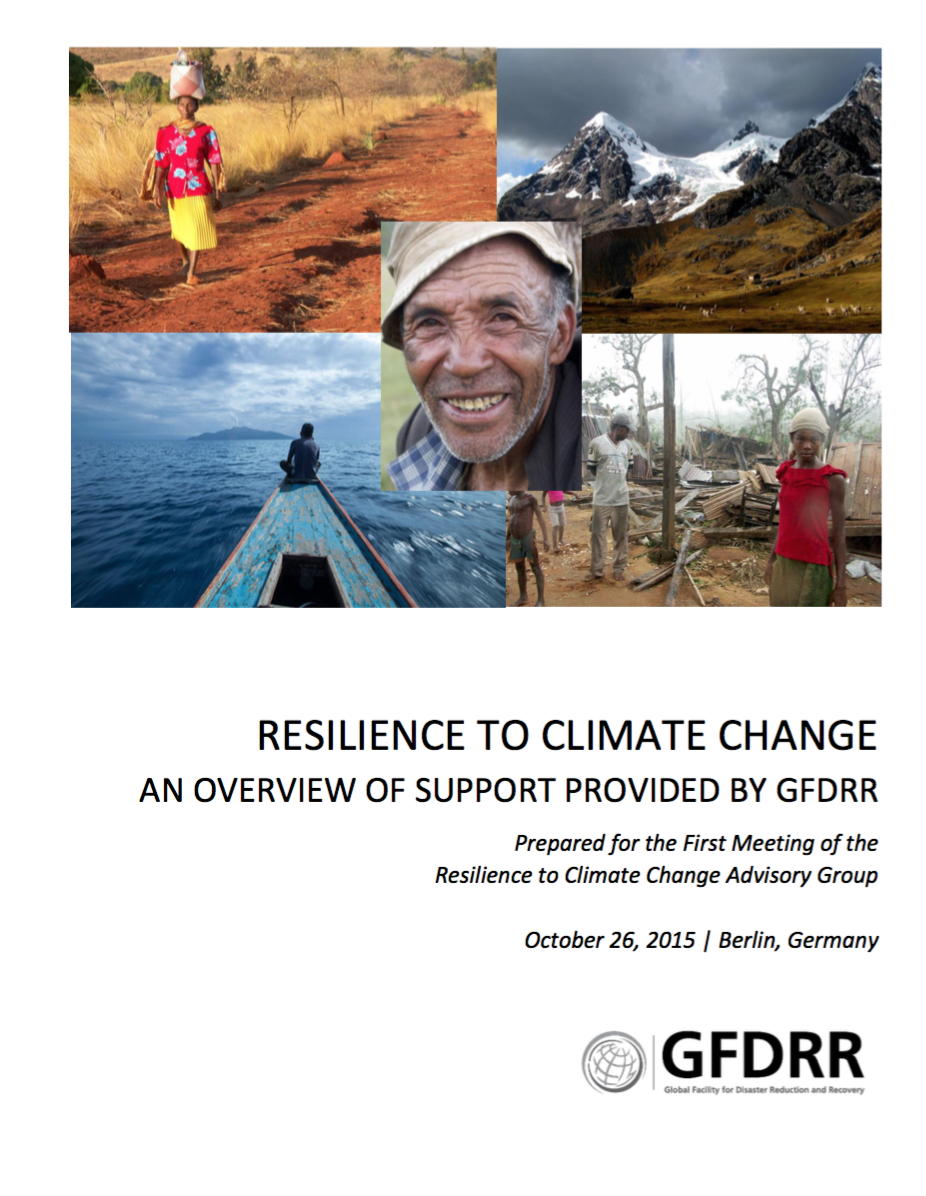 Take the case of Sri Lanka. Recently, GFDRR helped the country develop a comprehensive approach to climate risk management, including a $1 billion flood and drought risk program aimed at mitigating growing losses from climatic events that have affected more than 13 million people throughout the country over the last 15 years. With GFDRR support, Sri Lanka also gained access to more than $100 million in funding for on-demand, post-disaster recovery and reconstruction.

“With a changing climate increasingly affecting the most vulnerable, and worsening the impacts of natural disasters, climate change adaptation has been at the core of GFDRR’s work. With the support of our partners, we are continuing to expand our efforts in this area, bringing innovative climate and disaster resilience solutions to scale,” said Francis Ghesquiere, head of the GFDRR Secretariat.

As of July 2015, nearly half of GFDRR's grants under implementation – totaling $122 million in more than 52 countries – supported resilience to climate change. These activities in turn leveraged additional adaptation investments by partners, including by the World Bank. GFDRR is also working with partners on several exciting new initiatives, including:

Next week, global leaders will gather in Paris to negotiate an international agreement on climate change. Bringing attention to growing risks that communities around the world face from floods, droughts, and severe storms is crucial to shaping that discussion. GFDRR remains committed to informing such international dialogues and working with partners to implement outcomes that will make the most vulnerable countries more resilient and protect their hard won development gains.