Wading Out the Storm: The Role of Poverty in Exposure, Vulnerability and Resilience to Floods in Dar es Salaam 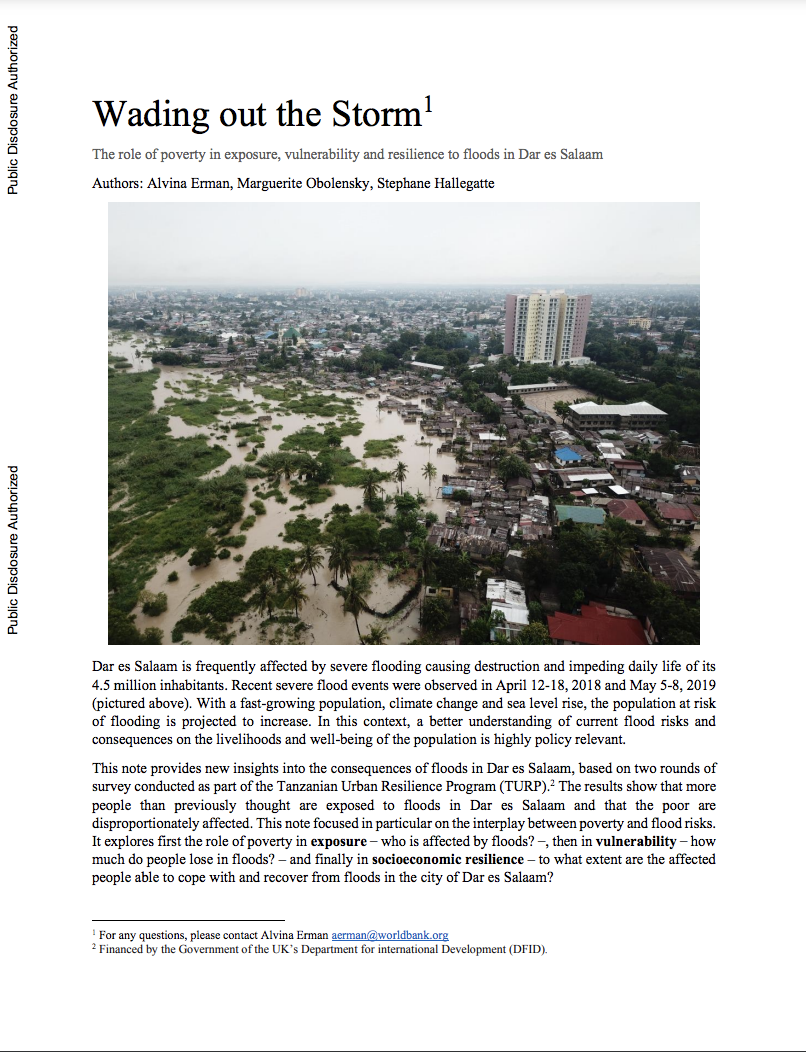 Dar es Salaam's economy and infrastructure suffers from frequent and severe flooding, and the situation will get worse in the absence of major interventions. In May of 2019, uninterrupted rainfall caused serious flooding in Dar es Salaam; 1,215 households were displaced, roads and bridges destroyed, and 1,560 dwellings were swept away. This disaster extends the growing list of flood events having struck the city in recent years. Dar es Salaam was affected by similar incidents in 2009, 2010, 2011, 2014, 2015, and seven floods alone impacted the city between 2017 and 2018. These events are a constant reminder of the urgency to address urban flood risk which causes major disruption to mobility, basic daily routines such as getting to work or school, and worse the diseases that dirty flood waters bring to affected communities. The health impacts can reverberate for months after flood waters subside, and without taking action now, flood risk and health hazards will further increase in the coming decades because of urban intensification.