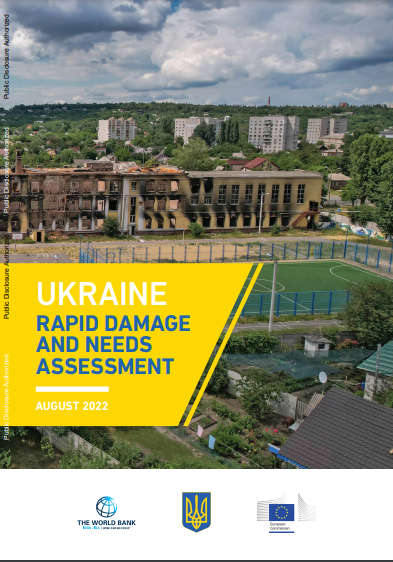 The Russian Federation’s invasion of Ukraine, which began February 24, 2022, has caused significant civilian casualties and damage to infrastructure and has taken a severe human, social, and economic toll. As a result of the war, which still continues after more than six months, dwellings and public infrastructure have been demolished or damaged, public services and economic activity have been impeded, and significant numbers of Ukrainians have been displaced from their homes. This Rapid Damage and Needs Assessment (RDNA) is part of an ongoing effort, undertaken jointly by the government of Ukraine, the World Bank, and the European Commission and supported by other partners, to take stock of Ukraine’s damage and losses from the war - but just as importantly to assess the scale of economic and social needs for Ukraine’s survival during the war and its prospering afterward.