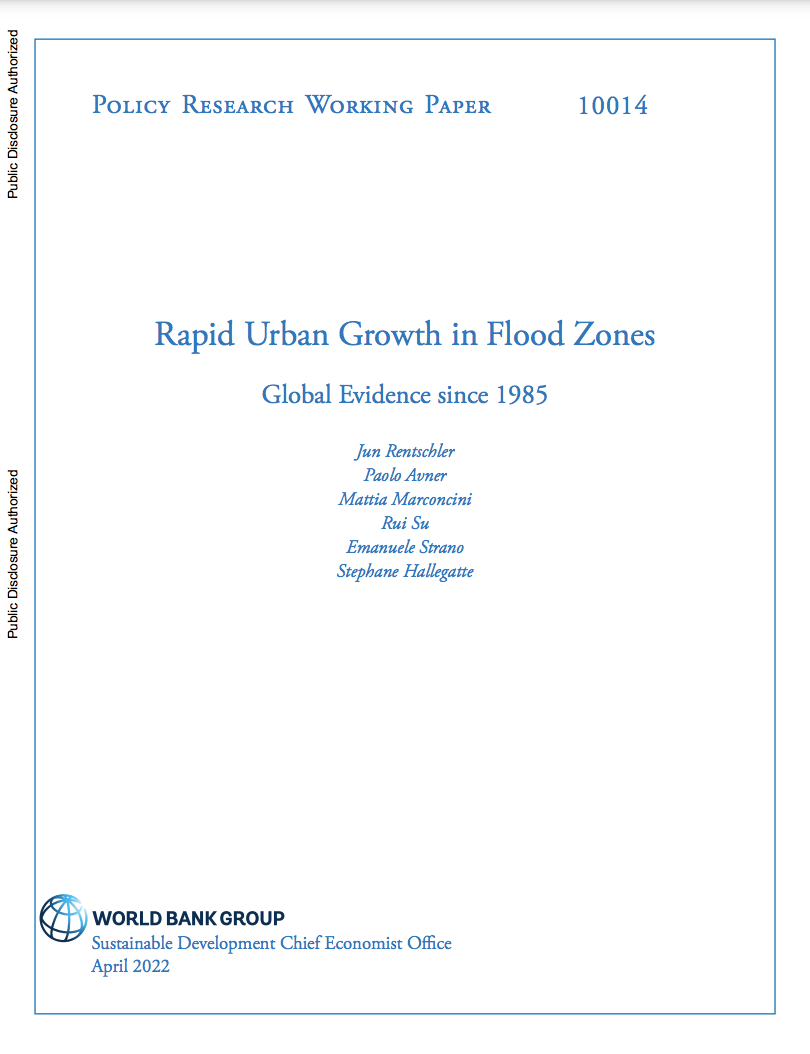 As countries rapidly urbanize, settlements are expanding into hazardous flood zones. This study provides a global analysis of spatial urbanization patterns and the evolution of flood exposure between 1985 and 2015. Using high-resolution annual data, it shows that settlements across the world grew by 85 percent to over 1.28 million square kilometers. In the same period, settlements exposed to the highest flood hazard level increased by 122 percent. In many regions, risky growth is outpacing safe growth, particularly in East Asia, where high-risk settlements have expanded 60 percent faster than safe ones. Developing countries are driving the recent growth of flood exposure: 36,500 square kilometers of settlements were built in the world’s highest-risk zones since 1985–82 percent of which are in low- and middle-income countries. In comparison, recent growth in high-income countries has been relatively slow and safe. These results document a divergence in countries’ exposure to flood hazards. Rather than adapting their exposure to climatic hazards, many countries are actively increasing their exposure.