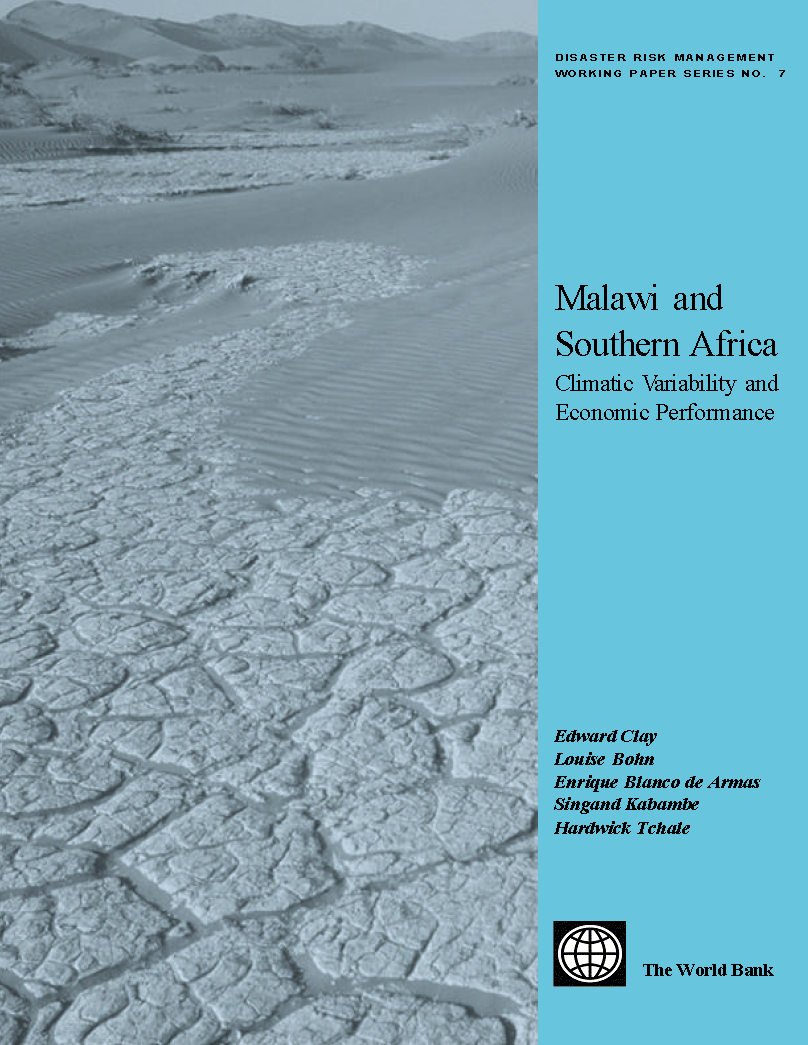 The study takes the 2002 food crisis in Malawi as its context and uses evidence up to 2001; reassess the economic consequences in Malawi and Southern Africa more generally of climatic variability in the light of experience such as the El Nino event in 1997/98, and takes stock of the current capacity of climatic forecasting and progress in research to review the range of potentially useful outcomes, and the institutional capacity and financing issues which arise if effective use is to be made of strengthened forecasting ability. Malawi is a small, land-locked country in Southern Africa, with an estimated population in 2000 of 10.8 million. It is one of the poorest countries in Africa with around 65 percent of the population below the national poverty line, and 28 percent in extreme poverty. Health and social indicators are also among the lowest in Africa. Infant mortality in 2000 was 134 per 1000, compared with an average of 92 for sub-Saharan Africa, and average life expectancy (now 37 at birth) is declining as a result of HIV/AIDS, which in 1999 affected 16 percent of the adult population and 31 percent of women in ante-natal care. Adult literacy is under 60 percent, and only 78 percent of children attend school. Agriculture accounted for some 40 percent of gross domestic production in 2000 and its share of it has been increasing since the early 1990s, with industrial stagnation and contraction of the public service sector. Malawi is heavily dependent on maize, which is the mail food staple and in normal year probably accounts for about three quarters of the calorie consumption ford Malawi's population.