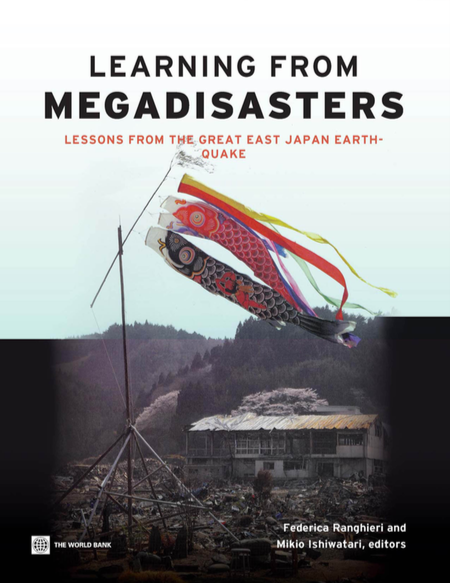 On March 11, 2011, an earthquake of magnitude 9.0 occurred in the Pacific Ocean off the coast of Japan’s Tohoku region. The quake shook the ground as far away as western Japan and lasted for several minutes. A half-hour later, a tsunami of unprecedented force broke over 650 kilometers (km) of coastline (map O.1), toppling sea walls and other defenses, flooding more than 500 square kilometers (km2 ) of land, and washing away entire towns and villages. Learning from Megadisasters, a knowledge-sharing project sponsored by the World Bank and the government of Japan, is collecting and analyzing information, data, and evaluations performed by academic and research institutions, nongovernmental organizations (NGOs), government agencies, and the private sector— all with the objective of sharing Japan’s knowledge on disaster risk management (DRM) and postdisaster reconstruction with countries vulnerable to disasters.