It Is Not Too Late: Preparing for Asia’s Next Big Earthquake 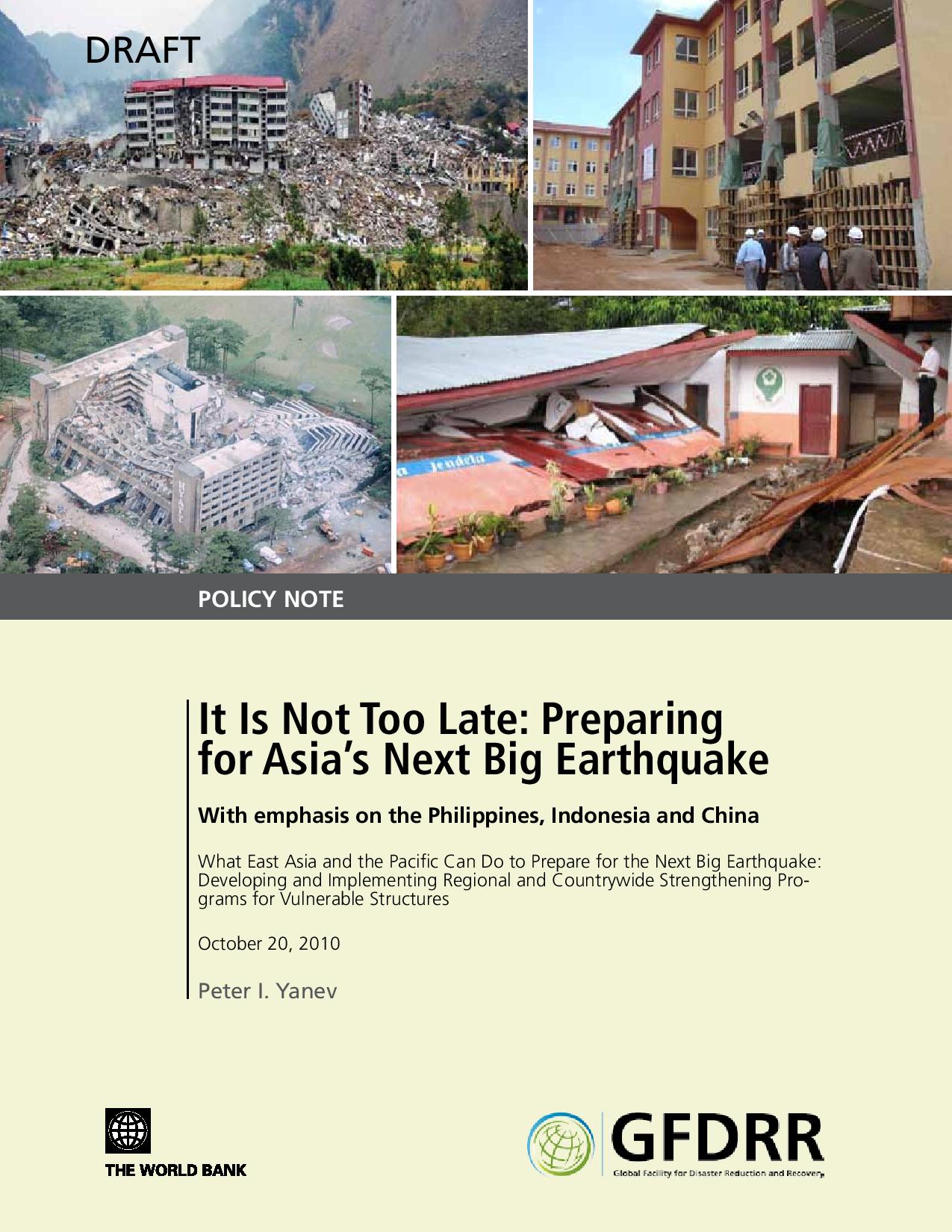 Recent earthquakes throughout the region have shown that critical public (and private) buildings and
infrastructure are vulnerable to major damage and collapses. That includes both older and new structures. A clear example is the West Sumatra (near Padang), Indonesia earthquake of 2007. It had a magnitude of only 6.3 but caused 66 fatalities, 500 casualties, and severe damage or collapse of nearly 15,000 buildings. About 44,000 structures sustained damage; 60% of the buildings had medium to severe damage. As a result, over 135,000 people were displaced. About 300 school buildings collapsed and another 400 had moderate to severe damage. These are very high numbers for such a moderate earthquake in an area with a long history of much larger earthquakes.