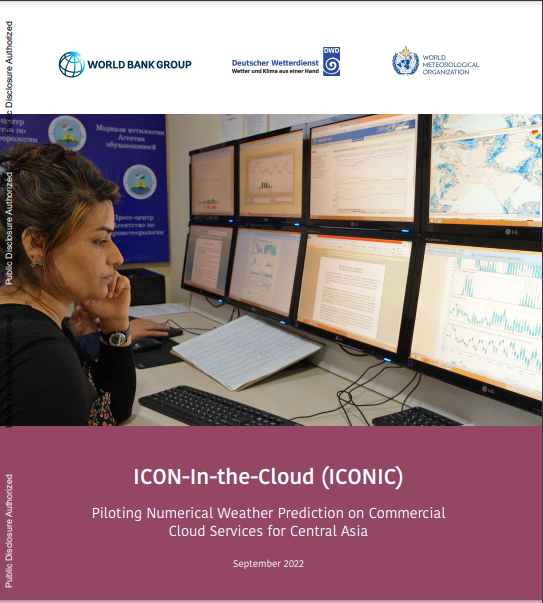 This comes with certain advantages such as minimization of potential latencies (time lags) of the network and nodes, optimal hardware configuration for NWP needs, and strong data security. However, due to resource and capacity constraints, many NMHSs often struggle to operate and maintain HPCs, which require costly facility and infrastructure investments, and high regular budget for maintenance, electricity, cooling and expert staff.

The German Weather Service (DWD), World Bank and World Meteorological Organization (WMO) collaborated to test the feasibility of running an operational NWP LAM on commercial cloud computing services. In general, it appears that running NWP on a commercial cloud provider is an attractive alternative to procuring and maintaining an HPC for the same purpose, particularly for resource constrained NMHSs.

Often challenged to attract and retain sufficient technical staff to maintain HPCs, as well as confronted by insufficient budgets and even inconsistent power supplies, the offloading of such ICT burdens to commercial providers for comparatively small costs should be considered by NMHS management.