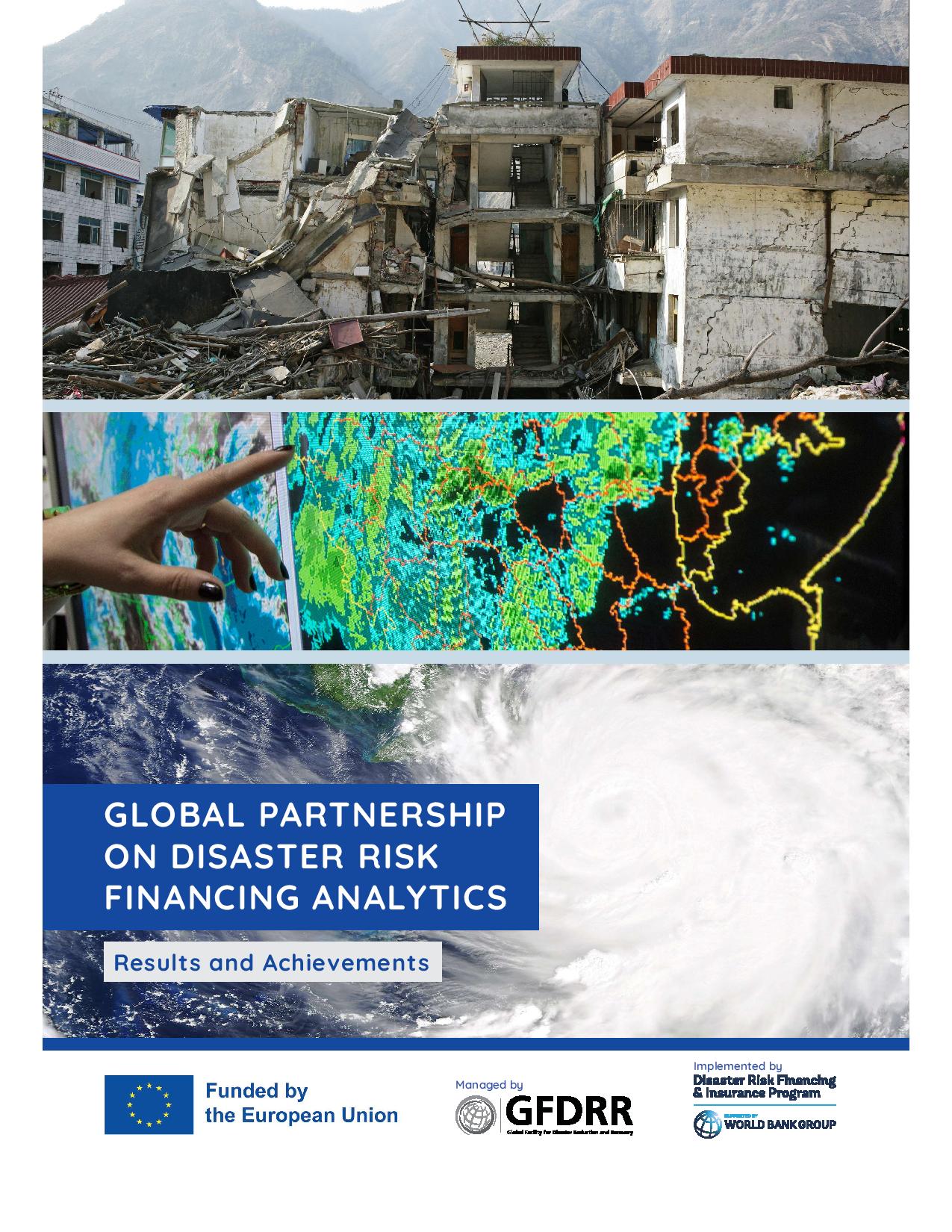 In response to the growing demand for expertise and advisory services to bridge the gap between raw data and decision making, the EU, the World Bank and GFDRR signed a partnership in December 2015 to help governments improve their understanding of DRF and to increase their financial resilience against disaster risk. The resulting Global Partnership on Disaster Risk Financing Analytics (DRF Analytics) project was funded by a six-million euro contribution from the EU, managed by GFDRR, and implemented by DRFIP. The DRF Analytics project formally began its operations in March 2016 and completed its activities by the end of December 2020.