Scaling Up and Mainstreaming Resilience in a World of Compound Risks
May 21, 2021 Read this publication 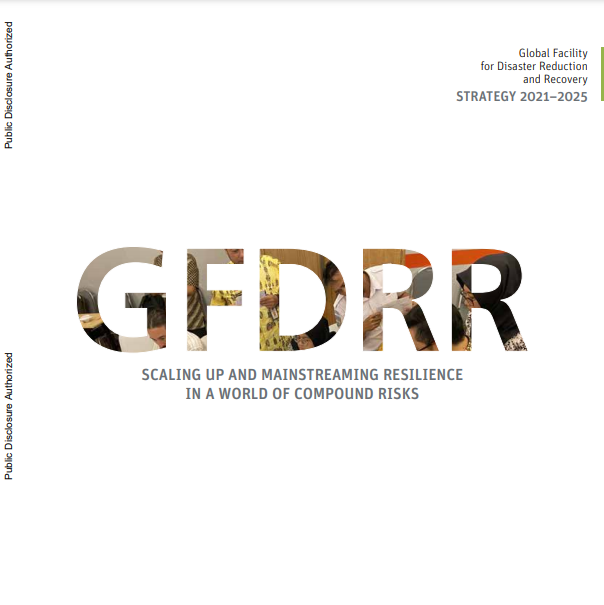 Communities, cities, and countries have improved their understanding of disaster risk since 2005 when the Hyogo Framework for Action was adopted. Over time, the agenda in many countries has shifted from a need to raise awareness for why planning, preparedness, and risk reduction matters, to an agenda focused on how to manage and mainstream disaster risk management better across sectors. GFDRR has played a leading role in advancing disaster risk management and climate change adaptation since its inception in 2006. This strategy builds on achievements of the GFDRR FY18-21 strategy and lessons learned from its implementation. In the review of the previous strategy, stakeholders endorsed its foundation, but noted that new drivers of risk should be taken into consideration in the next strategy. GFDRR will continue to support communities and governments to manage disaster and climate risk efficiently, recognizing that interventions must be inclusive and equitable, and must support community-driven development and engage all people, regardless of their gender, race, religion, ethnicity, age, sexual orientation or disability. GFDRR’s activities will also be responsive to the challenges faced by countries afflicted with fragility, conflict and violence, given the intersectionality of conflict and disaster risks in a growing number of countries.