The Chronology of a Disaster

A review and assessment of the value of acting early on household welfare
January 1, 2019 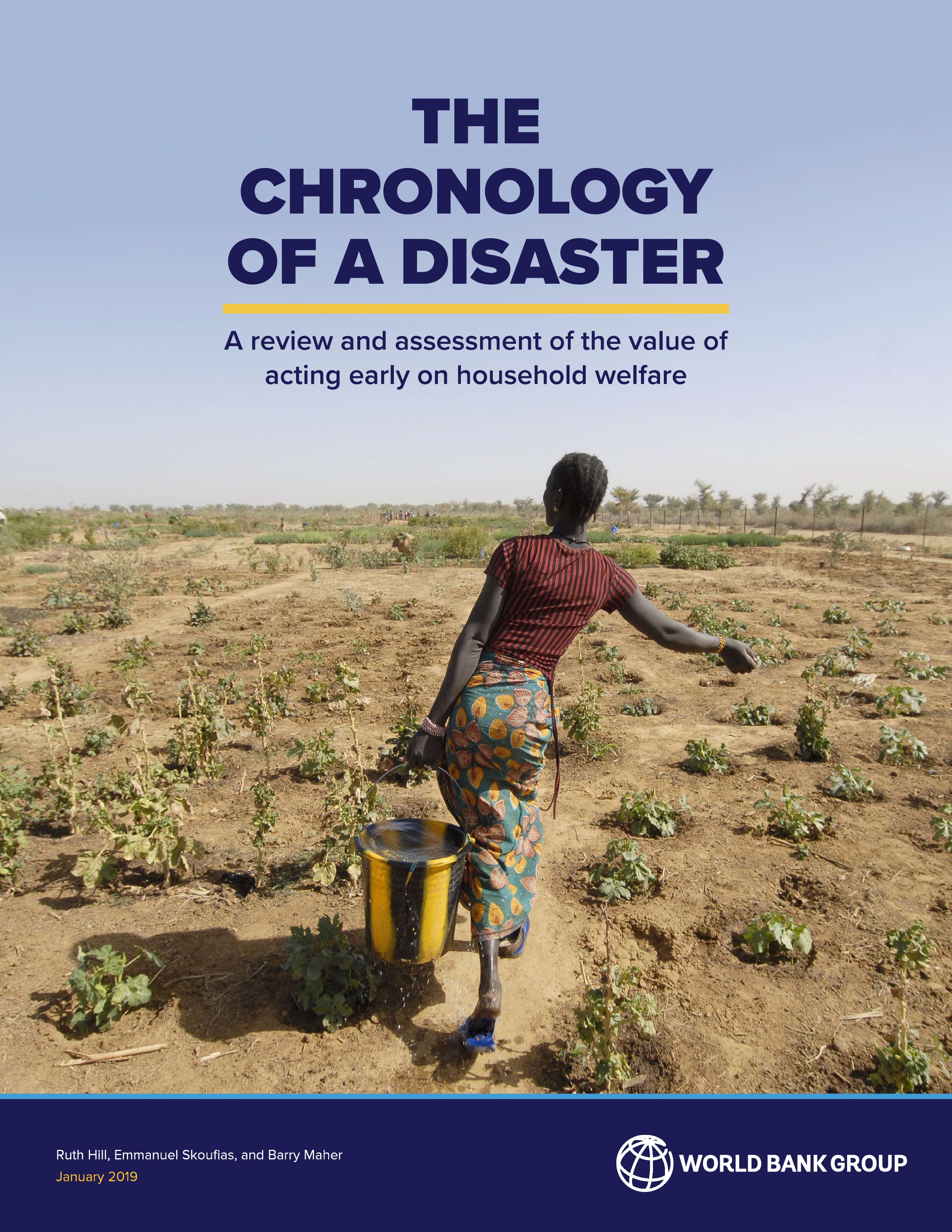 We find that across settings and types of shock considered by this paper, the most prevalent coping mechanism used by households was to reduce food consumption. This finding is consistent with a well-published literature showing that variability of income over time impacts child nutrition and can be linked to stunting, a condition that causes irrevocable harm by impairing brain development, leading to lower cognitive and socioemotional skills, lower levels of educational attainment, and hence lower incomes. We use data on consumption losses and nutrition outcomes collected in the months after a disaster to detail the timing of this impact to the extent possible. The data on which to draw is limited, but clear patterns do emerge. The timing of the impact is quite different for rapid-onset shocks like earthquakes, floods, and hurricanes, which destroy both income and assets, than it is for drought, a slow-onset shock primarily impacting income. In the case of earthquakes, floods, and hurricanes, nutrition is impacted immediately and improves after a few months. High-frequency data collected during six droughts in eastern and southern Africa shows that after drought, nutrition (on average) decelerates more rapidly than at other times, from 5 months after the start of harvest until 11 months after the start of harvest. The reduction in nutrition was immediate, however, in the one conflict setting for which data was available (Somalia).