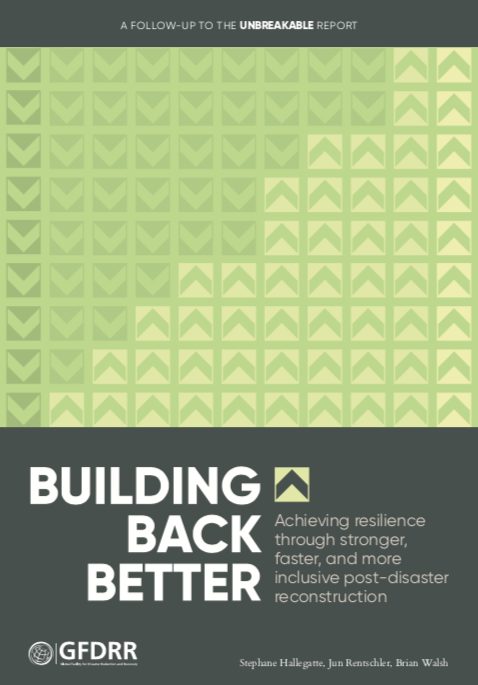 The 2017 Unbreakable report made the case that disaster losses disproportionately affect poor people. The report showed that they have limited ability to cope with disasters, and estimated that the impact on well-being is equivalent to consumption losses of about $520 billion a year around the world—outstripping previous estimates of pure asset losses by as much as 60 percent.

This report shows how the benefits of building back better could be greatest among the communities and countries that are hit by disasters most intensely and frequently. For a selection of small island states, this report shows that stronger, faster, and more inclusive recovery would lead to an average reduction in disaster-related well-being losses of 59 percent.