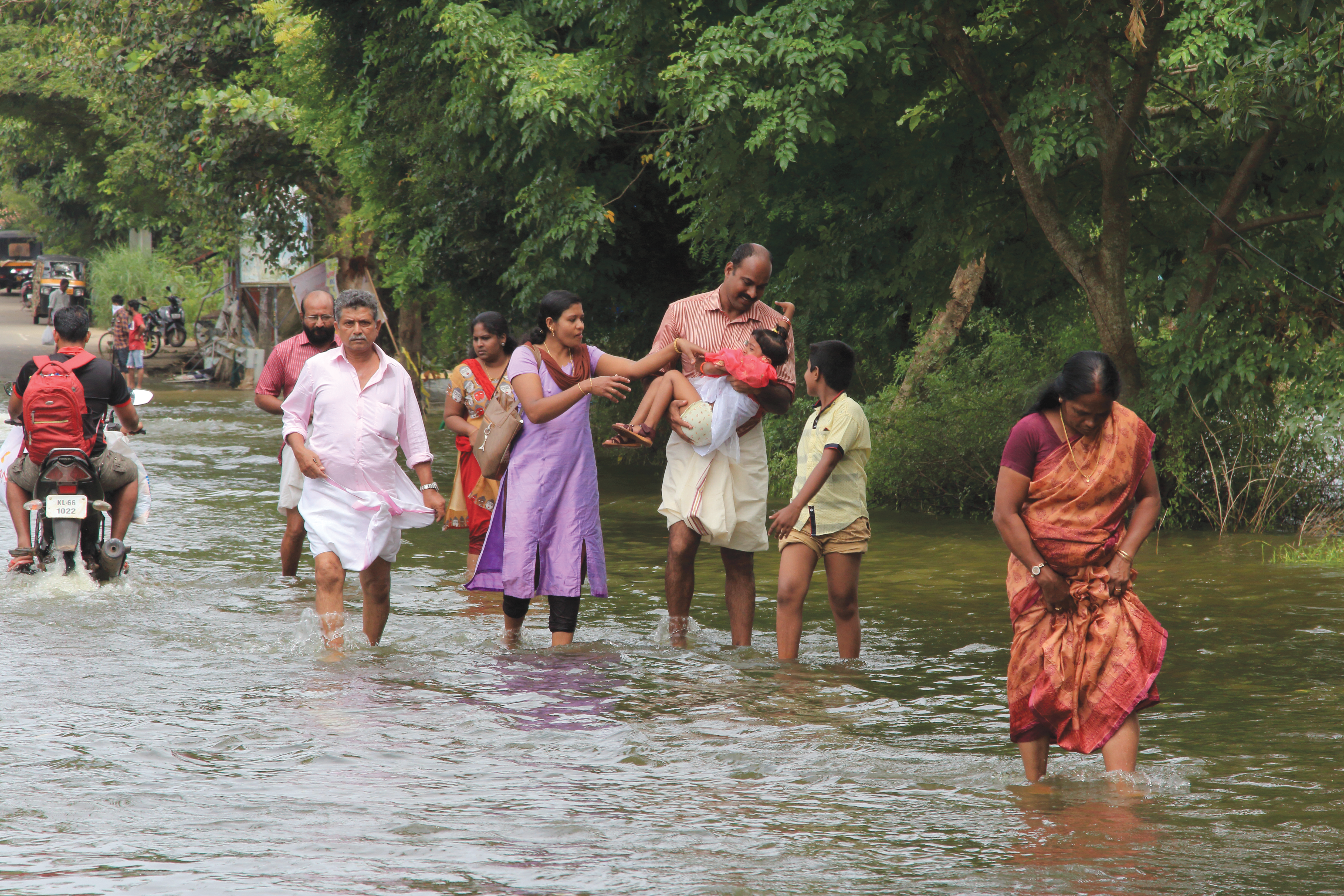 India and its population of over 1.3 billion people are no stranger to natural hazards. In August 2018, the state of Kerala was inundated by the worst monsoon flooding in a century, claiming the lives of nearly 500 people. Even more recently, in May 2019, Cyclone Fani battered Odisha state with torrential rains and winds gusting at more than 120 miles per hour. Sixty-four people lost their lives while 1.2 million people were evacuated to cyclone shelters.

Since 2007, the government of India, as well as over a dozen states including Kerala and Odisha, have partnered with GFDRR in efforts to manage and adapt to ever-changing disaster and climate risk.

Immediately following both the 2018 Kerala floods and Cyclone Fani, GFDRR supported a rapid post-disaster assessment and worked with state authorities, as they developed a road map and mobilized resources for longer-term recovery and reconstruction. Through these engagements and partnership with national and state authorities, the principles of building back better have been embedded at every stage of the recovery process in both Kerala and Odisha.

After the Kerala floods, the government of India, the government of Kerala, and the World Bank forged ahead with the $450 million Resilient Kerala initiative, financed by IDA and IBRD, that will facilitate implementation of a state-led framework for resilient recovery in a range of critical sectors including transport, rural infrastructure, and livelihoods.

In the wake of Cyclone Fani, the government of India, the government of Odisha, and the World Bank signed a $165 million IBRD loan agreement to assist smallholder farmers in strengthening the resilience of production systems—an effort that has become a vital part of Odisha’s comprehensive disaster risk management strategy.

These latest initiatives build on India’s efforts to advance resilience at both the national and state level, and over a decade of GFDRR and World Bank support toward its commitment.

Indian authorities are continuing to operationalize building regulations for resilience, conduct multi-hazard risk and governance assessments, and implement resilient recovery in Kerala and Odisha. The government of India’s drive to advance comprehensive disaster and climate risk management are also reflected in joint GFDRR-UNDP support to the Fifteenth Finance Commission on public financial management for disaster risk reduction. Finally, GFDRR is supporting the government’s initiative to develop a coalition for disaster resilient  infrastructure, and was a key partner in organizing the International Workshop on Disaster Resilient Infrastructure in March 2019.

These efforts together save lives and reduce losses when disaster strikes. In response to devastating floods in Uttarakhand state in 2013, nearly 2,400 homes were reconstructed following disaster- resilient guidelines. In Odisha, the construction of hundreds of multi-purpose cyclone shelters and the development of early warning systems contributed to the sharp reduction in fatalities, in the aftermath of both Cyclone Fani in 2019 and Cyclone Phailin in 2013. Most recently, the state of Andhra Pradesh expanded access to resilient roads and shelters for nearly 300,000 people, of whom almost half are women.

This progress toward a more resilient India has been the result of strong leadership and commitment of the national government. Drawing on its expertise and experience tackling disaster and climate risks at home, India is eager to play a leading role in driving the global resilience agenda.