Results in Resilience: Charting a path to coastal resilience in The Gambia

In The Gambia, the smallest country on mainland Africa, the unique geography of the Greater Banjul Area, which is mostly surrounded by bodies of water, represents an economic lifeline. Many of the 400,000 people who call Greater Banjul home rely on these bodies of water—the Atlantic Ocean and the Gambia River—as their main source of income. Lives and livelihoods in Greater Banjul are, however, under increasing threat from climate change, which is making the area more susceptible to a range of coastal hazards including flooding, saltwater intrusion, and erosion.

With financing from the ACP–EU Natural Disaster Risk Reduction (ACP–EU NDRR) Program, which is managed by GFDRR, a technical team assessed the coastal hazards facing the Greater Banjul Area, which includes the city and the port of Banjul, with an eye to informing resilience-building measures in The Gambia’s political and economic center.

An important first step for the technical team was to use modeling and satellite imagery to create coastal hazard maps, as well as a detailed map of exposure to these hazards in Greater Banjul. The team subsequently identified and assessed the people and assets at risk from coastal hazards; this analysis was informed by a simulation of future climate events, including sea-level rise. The assessment revealed that over 4,000 people in the city of Banjul and another 24,000 people in the Kotu Stream region are potentially exposed annually to intensifying coastal hazards in the Greater Banjul Area. Moreover, the assessment also found that the annual cost of flood risk in the Greater Banjul Area could increase by 32 percent over the next 20 years, up from $21.6 million today, unless action is taken to combat the expected effects of climate change.

The team also identified five areas as the most at-risk zones, based on the people and infrastructure impacted, where various structural and non-structural risk reduction options could help build coastal resilience. The team assessed the costs and benefits of different investment options, including their social and environmental impacts, and identified priority investments for each of the most at-risk zones in consultation with a range of stakeholders.

For example, in the City of Banjul, strengthening flood protection for the city and the port of Banjul emerged as a top priority resilience investment option because of its high level of cost-effectiveness and economic impact. Meanwhile, in the Kotu Stream region, which is one of the most socially vulnerable areas in Greater Banjul, a combination of restoration and enlargement of the stream, including its green river parks, emerged as a high priority investment option because of its potential to, among other things, improve accessibility and connectivity. 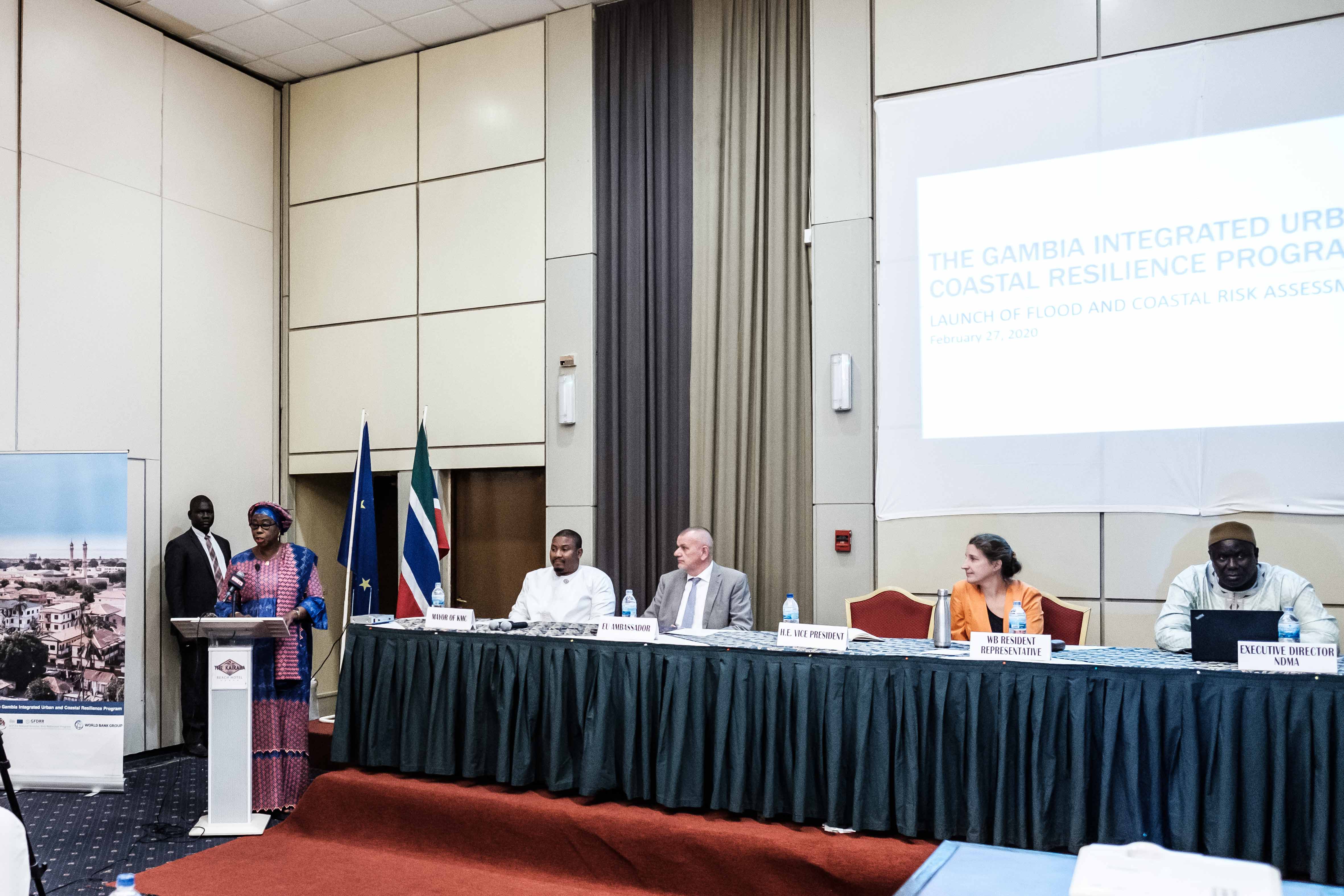 Close and constant engagement with national and subnational officials throughout the project has been a key feature of the technical team’s work. More than 50 participants, including some from The Gambia’s Ministry of Finance and Economic Affairs (MOFEA), validated and discussed the assessment in a two-day virtual workshop and took stock of the proposed investment options.

The findings of the assessment are already informing and driving resilience measures by the government of The Gambia and its development partners, including the World Bank. Notably, these outputs are now informing the development of two proposed, IDA-financed lending operations: the West Africa Coastal Areas Resilience Investment Project and the Tourism Recovery, Diversification, and Resilience in The Gambia Project. Moreover, the methodology used in the assessment is also beginning to inform World Bank operations in resilience and disaster risk management elsewhere, including through the City Resilience Program and other coastal resilience initiatives aiming to understand and identify solutions to the growing risks of coastal areas in Africa.

Engaging with local stakeholders is key to validating the findings of any technical assessment. For instance, in the case of this assessment, inputs from stakeholders on the ground were critical to expanding the list of proposed resilience investment options to include a wider range of interventions, including nature-based solutions.