Malawi’s Recovery and Resilience Efforts Have Major Impact on Education

NSANJE, March 14, 2018 — When floods overwhelmingly overtook Malawi in 2015, families were displaced, livelihoods destroyed, and schools were shut down. Lalanje Primary School in Nsanje, at the southernmost tip of Malawi, was one of the schools shut down by the floods.

"I have never experienced anything like it in my 25 years in primary education," said Enok Kamphiripiri, the school’s headmaster. "The floods were the biggest challenge—the children stayed two to three months without accessing classes for learning and families had to be sheltered in our school." 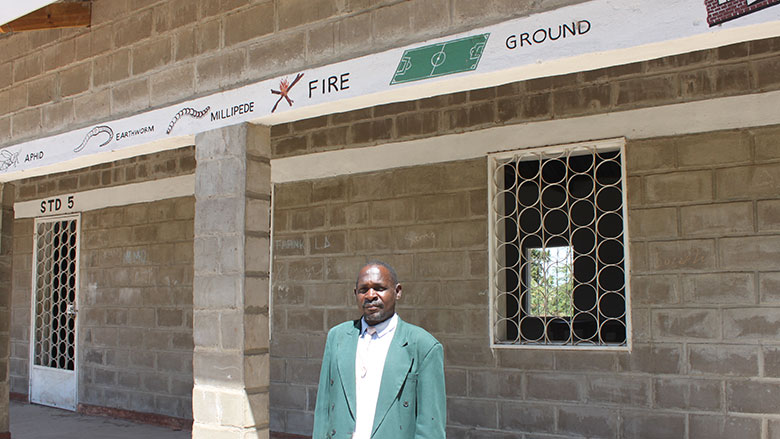 After intense rainstorms, sweeping waters from the overflowing banks of the Shire river miles away, submerged villages nearby and flooded Lalanje’s two classrooms. As the water receded, the classrooms eventually became temporary shelter for families whose villages were destroyed by the flood.

"I was so dejected," Kamphiripiri said, "Some parts of the school buildings collapsed; textbooks and school materials were destroyed, but after about three months, we got help from international organizations."

In response to the emergency, the Global Facility for Disaster Reduction and Recovery (GFDRR) and the Disaster Risk Management team of the Social, Urban, Rural and Resilience Global Practice at the World Bank, along with the European Union-Africa Caribbean Pacific (ACP-EU) and the United Nations, launched a post-disaster needs assessment (PDNA) to identify the critical needs of communities the devastating floods affected. Malawi’s Ministry of Education identified Lalanje Primary as a school in critical need. After the assessment, the Bank 's Disaster Risk Management team worked with other sectors including Health and Transport to tackle the problem by implementing recommendations from the PDNA.

“After the Government of Malawi declared a ‘state of disaster’ in 15 districts of the country, underscoring the need for a multi-partner approach to recovery, we designed the Malawi Floods Emergency Recovery Project (MFERP),” said Francis Nkoka, World Bank senior disaster risk management specialist and co-task team lead (TTL) of the project. "We developed a programmatic approach to tackle not only the country’s immediate recovery from the floods, but also to address the long-term needs of affected communities.”

Through this approach, schools such as Lalanje Primary were reconstructed and restored. Now, a total of eight new classrooms replace the two flood-damaged blocks. Five new lavatories were also built to serve the students. This school term, Kamphiripiri said, he may present one of his best experiences in primary education; school enrollment has doubled from 400 to 800, attracting hundreds of learners from surrounding villages.

The project, which has moved into its second phase of implementation, goes beyond flood restoration and also rehabilitates critical infrastructure, including 100 kilometers of secondary and tertiary roads, 850 meters of bridges and drainage structures, and restores irrigation, rural water supply and sanitation, strengthens food security, and improves disaster preparedness through supporting the operations of the country’s Department of Disaster Management Affairs (DoDMA).

The second phase of the project focuses on rehabilitating and reconstructing education and health facilities the 2015 floods destroyed. To date, 20 schools have been rehabilitated, with fully restored education services in nine districts throughout the country. Seventy-four classrooms, 10 toilets, and 11 staff quarters, have been built, with administrative facilities and a bore hole, all benefitting over 26,000 students, girls and boys almost equally.

Now eager to work on maintaining their school’s newly-gained resistance to future floods, the community is planting trees around the new classrooms to break the strong winds that ripped the roofs off the former buildings.

"Our community members have been working to plant trees, grass and other vegetation around the school buildings,” Kamphiripiri said. “We can't have the destruction (from the floods) happen again."