Integrating Gender in Budget Policies for Disaster Management in the Caribbean: Lessons Learned and Next Steps

People in Kingston, Jamaica walking down the street and shopping during trade days (Photo Credit: Shutterstock) 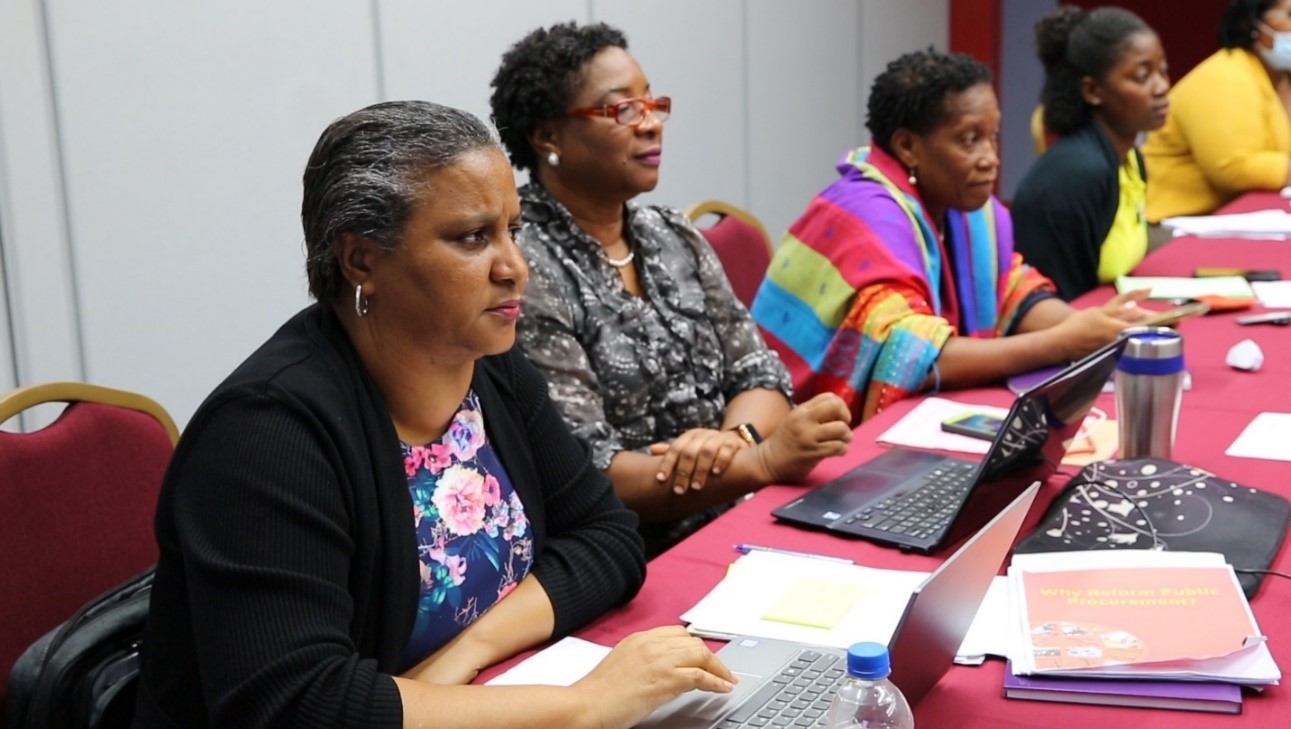 Why Should Gender Considerations be Integrated in Budget Policies for Disaster Management?

Disasters disproportionately impact different segments of the population. They often perpetuate existing inequalities in society. Let us review two examples from the Caribbean.

The needs of people with disabilities are often not considered in the design of public infrastructure projects in the Caribbean. This limits people’s access to public buildings such as schools or hospitals. When disasters hit and schools are used as shelters, persons with disabilities are faced with heightened vulnerability as their access to shelters and ability to evacuate are hampered.

Similarly, existing gender inequalities have been amplified during the COVID-19 pandemic. The data  indicates that already relatively high numbers of teenage pregnancies in the region have been growing at even higher rates during the pandemic. To address this issue, the government of Jamaica has included financial provisions for adolescent mothers as part of their COVID-19 response and is also handing out 'dignity packages' that contain food items, toiletries, diapers for babies, and nutrition for those who are still pregnant.

But gender sensitivity of responses to the COVID-19 pandemic is limited in the region. While Jamaica, as mentioned above, has been helping teenage mothers, other countries have integrated limited gender considerations in budget policies. Most gender sensitive budget measures (see Chart 1) focus on additional funding for hotlines and other communication channels to help victims of rising cases of gender-based violence. 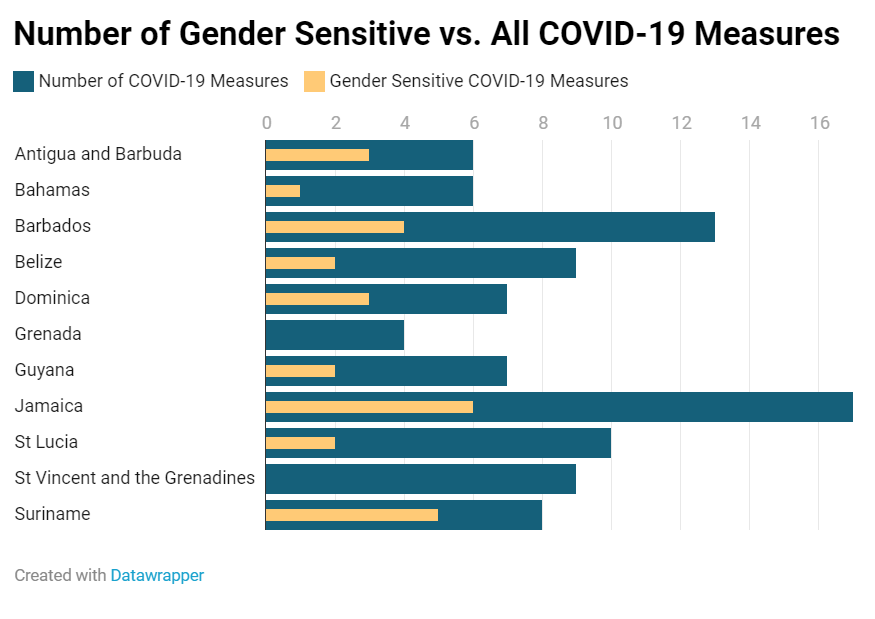 The CRF recently conducted systematic reviews which highlighted the need to further emphasize and mainstream disaster resilience and gender considerations in budgetary policies and allocations.

Understanding the differential needs of men and women, youth and elderly, people with disabilities and designing policies that respond to their needs is key to providing equitable public services and responding and recovering from disasters effectively and sustainably. It is also a fundamental part of good public financial management (PFM). But how prevalent is the integration of gender and social inclusion considerations in budget policies, including those targeted at disaster management and climate change, in the Caribbean?

The analysis conducted by the World Bank's Governance Global Practice as part of the Canada Caribbean Resilience Facility (CRF) has revealed the encouraging strides made by some Caribbean countries towards integration of gender in PFM which need to be further reinforced and scaled up effectively.

Some countries have already taken initial steps towards integrating gender in PFM and public investment management practices. In Antigua and Barbuda, for example, the Ministry of Works’ Project Implementation Management Unit has issued guidelines for infrastructure projects which require that investment proposals to be appraised from a gender equality, social inclusion, and climate change perspective.

In countries in the region that have relatively strong performance-based budget systems such as Saint Lucia, line ministries collect sex-disaggregated data and present this data in their budget documents and sector plans.

In Grenada and Guyana, the Parliament conducts policy discussions on the gender impacts of the budget to ensure that budget allocations are gender informed and consider the needs of various vulnerable groups.

The reviews also highlighted that because of the high frequency of disasters in the Caribbean, national authorities need to develop and disseminate knowledge and shape systems and practices to make public spending and procurement in response to disasters more efficient and effective, and more gender sensitive.

Specific Areas of Potential Improvement Identified under the Reviews

There is significant potential for governments in the region to integrate gender in the design of disaster management budget policies and processes (see Chart 2). 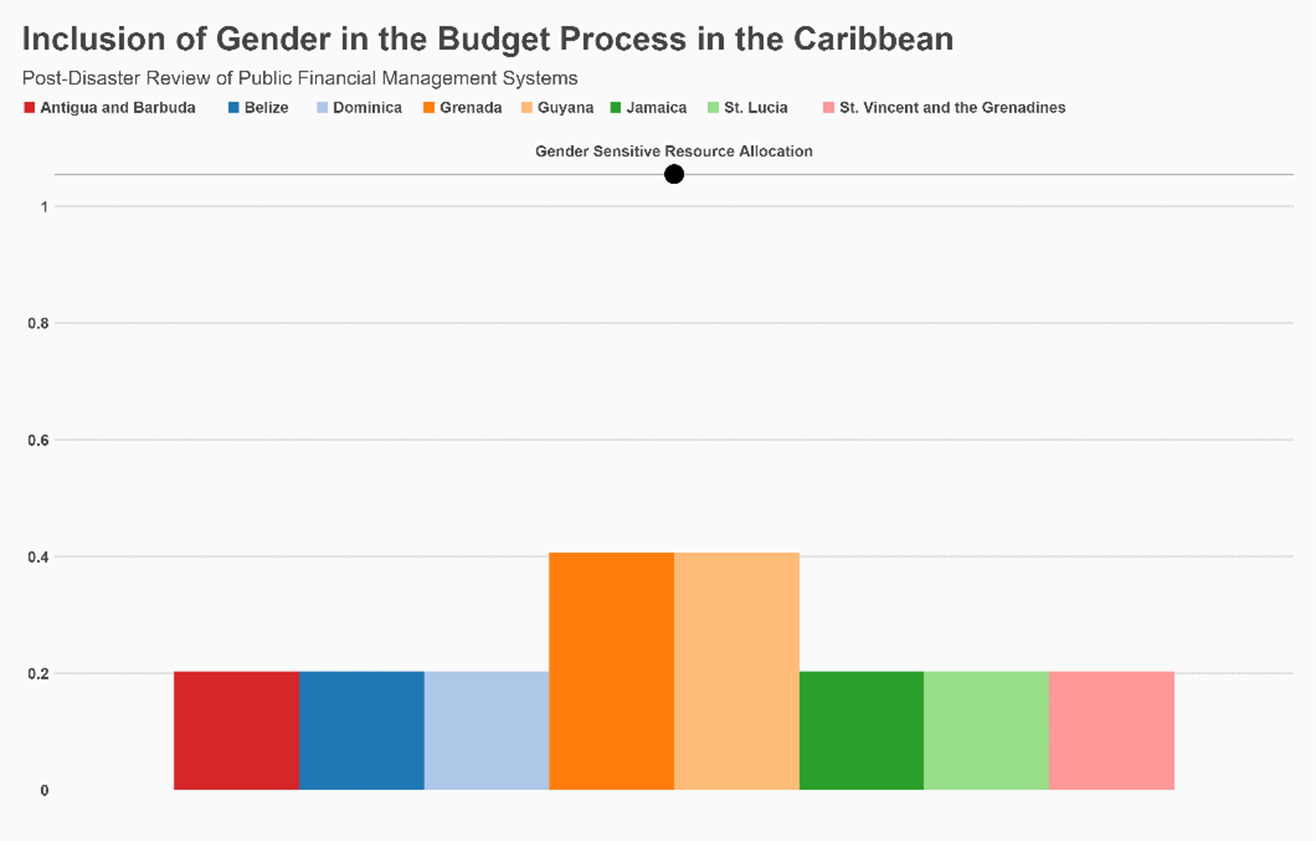 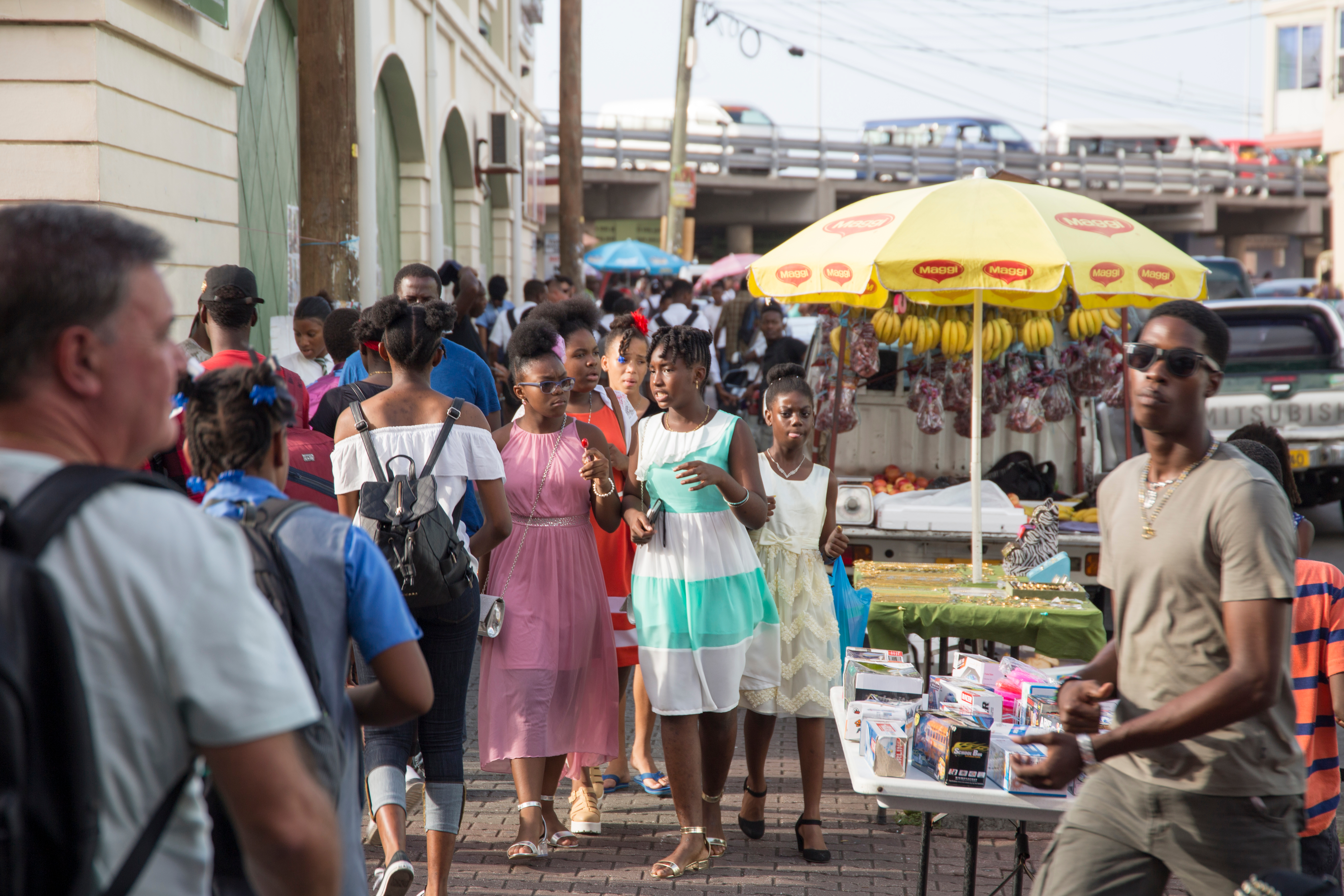 Strengthened collection and analysis of age- and sex-disaggregated data and inclusion of data in budget documentation will allow governments to facilitate discussions on the impacts of its programs and services on women and men, youth and elderly, people with disabilities, and ensure greater social inclusion.

This will also help policymakers assess and develop appropriate, evidence-based responses and policies, and address some of the most pertinent issues related to disaster management in the region, including expanding the accessibility of shelters to people with disabilities and enhancing options to evacuate when disasters hit.

The reviews indicate that an overwhelming number of budgetary units, such as health clinics and local schools, collect sex-disaggregated data, but such data is not used to inform existing or future policies nor is it fed to key ministries or statistical offices to facilitate a more streamlined approach to data management.

The Way Forward for Continued and Scaled-up CRF

Building on the work provided by Statistics Canada and their close cooperation with statistical offices across the Caribbean, the CRF will continue to provide and scale-up technical assistance to selected countries in the region that indicated their commitment to design more inclusive budget policies.

This will include reviewing the extent to which disaggregated data is collected across the central government and identifying how data collection can be strengthened. CRF support will specifically  aim to strengthen the capacities of Ministries of Finance, line ministries, including national disaster management agencies, to conduct impact assessments of policies; use the findings to redesign budget policies and present quality data in a more transparent and open manner for review and discussion by the legislature and public agencies. 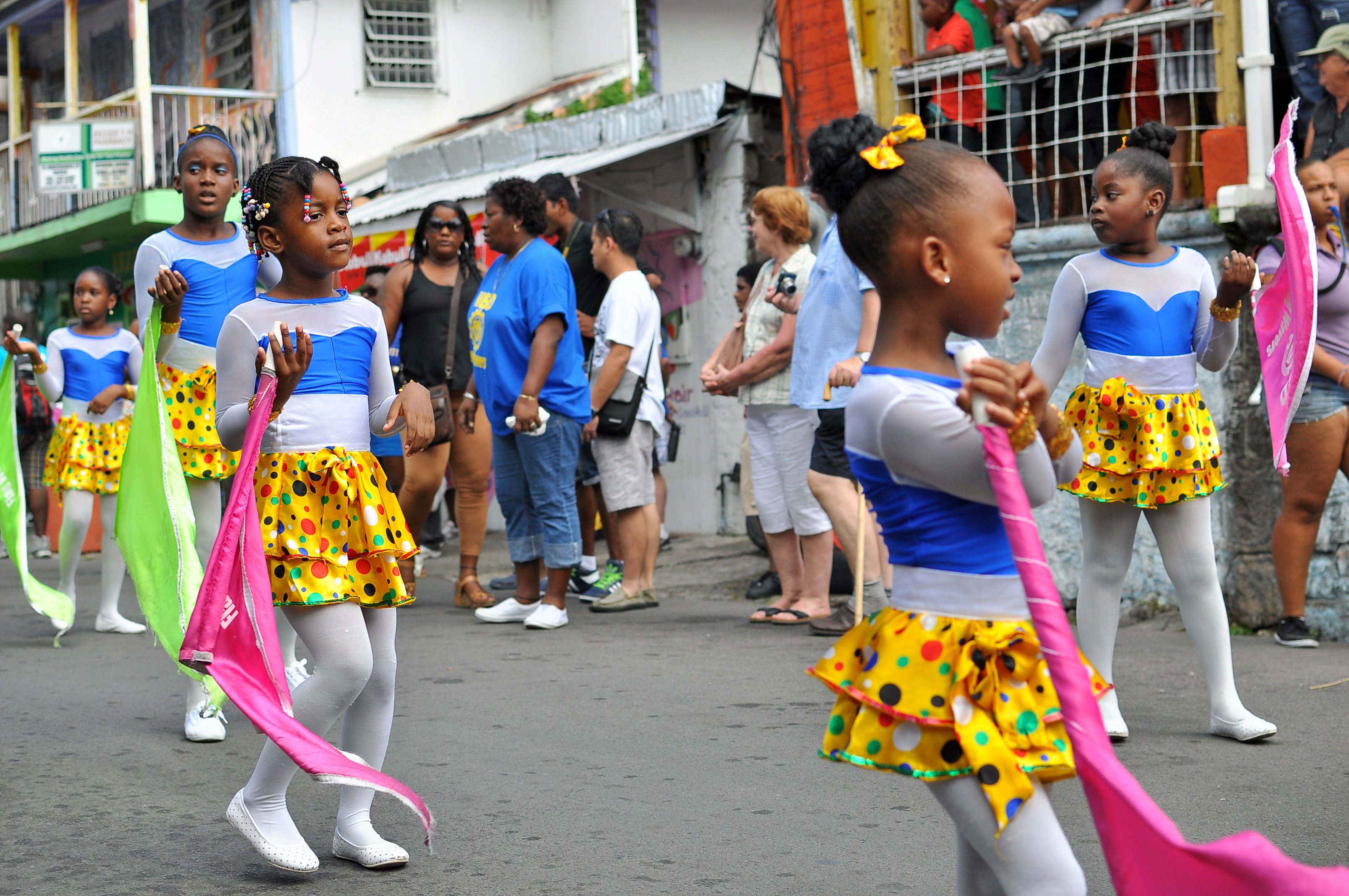 A group of children in costumes performing dancing with flags in the carnival parade in Dominica (Photo Credit: Shutterstock)

In 2019, the government of Canada, the World Bank, and the Global Facility for Disaster Reduction and Recovery (GFDRR) launched the Canada Caribbean Resilience Facility (CRF) to support more effective and coordinated gender-informed, climate-resilient preparedness, recovery, and public financial management (PFM) in the Caribbean. The project’s innovative approach combines disaster risk management and PFM, which have traditionally been treated separately, to strengthen key institutions for disaster resilience while also applying a gender lens. This builds on the understanding that disasters can often reinforce, perpetuate, and increase gender inequalities, which remain persistent across the Caribbean.  The CRF trust fund is valued at CAD 20 million (estimated USD 14.4 million) and is being implemented over a five-year period (FY19-23).

About the Analytical Approach to Assessing Gender Integration in Budget Process

Over the last year and a half, a team from the World Bank Governance Global Practice reviewed the practices of eight countries—Antigua and Barbuda, Belize, Dominica, Grenada, Guyana, Jamaica, Saint Lucia, and Saint Vincent and the Grenadines—in the region to understand to what extent governments integrate disaster resilience and gender in the design and implementation of budget policies. This was done using the Post-Disaster PFM Review Framework designed by the World Bank’s governance team with the financial support of the government of Canada, complemented by the Public Expenditure and Financial Accountability (PEFA) assessment gender-responsive PFM in Antigua and Barbuda and Saint Lucia.