Extreme weather risk is rampant across Central Asia. In Tajikistan, as much as 36 percent of the country’s territory is under threat from landslides. In the Kyrgyz Republic, avalanches pose a growing threat to communities, with more than 330 recorded avalanches occurring between 1990 and 2009. In remote areas, the threats from mountain hazards are exacerbated by existing conditions of poverty, insufficient infrastructure, and poor resources.

The region, which ranks among the most climate vulnerable areas of Europe and Central Asia, is also expected to experience significant temperature increases in the coming decades. Central Asia, especially Kazakhstan, is likely to be a future hotspot of heat stress for wheat, a major crop in the area. In some parts of Tajikistan, agricultural yields could drop by as much as 30 percent by the turn of the century.

Moreover, average temperatures in the Central Asia region could rise by up to 6 degrees Celsius in the coming decades, leading to the disappearance of more than one-third of the glaciers from mountains by 2050. This would place nearby communities at greater risk from glacial outburst flooding, potentially rolling back hard-won development gains.

However, the capacity for hydromet services needs to be improved throughout the region. While countries like Tajikistan and the Kyrgyz Republic have made tremendous strides in reducing poverty – from 80 percent a few decades ago to below 40 percent today – the challenges of a changing climate threaten to push at-risk communities back into poverty, unless targeted investments in resilience are made.

To help countries adapt to a riskier future, the World Bank’s Central Asia Hydrometeorology Modernization Project (CAHMP) is bolstering weather forecasting and early warning efforts in the region. Funded by the World Bank and the Global Facility for Disaster Reduction and Recovery (GFDRR), this $28 million investment focuses on strengthening hydrometeorological services and generating further weather- and climate-related risk information that the region is lacking.

The project provided cutting-edge technical equipment – such as modern workstations, automated observation networks, access to satellite data, and numerical weather prediction – coupled with specialized trainings for participating agencies. These improvements have boosted forecast accuracy in the Kyrgyz Republic and Tajikistan by 20 to 30 percent.

Better access to important data on weather extremes, rainfall, river flows, and long-term climate trends will also help boost agricultural production, facilitate evacuations, or strengthen infrastructure throughout the region. This is especially important in Central Asia, where up to 30 percent of the workforce finds employment in the agricultural industry.

Another important industry that benefits from improved hydromet services is hydropower, which is a growing source of reliable, clean energy for countries. Benefits like these are being facilitated by direct relationships with end users, such as agricultural workers, emergency service personnel, government agencies, and others. 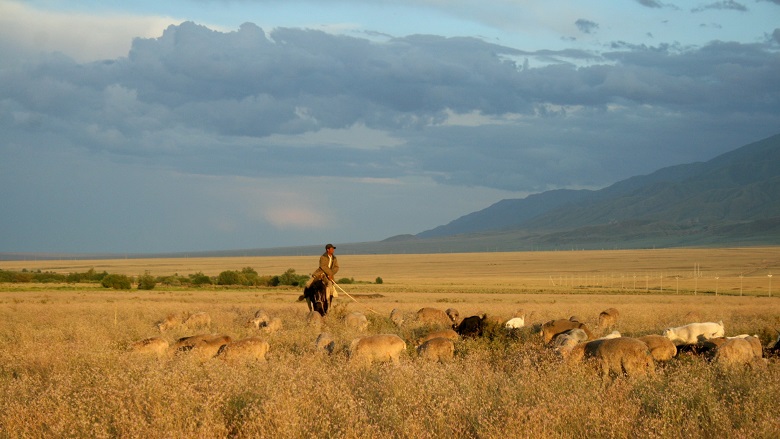 A herdsman in the steppes of Kazakhstan. Photo credit: Togzhan Ibrayeva via Wikimedia Commons.

Improving weather information through initiatives such as CAHMP delivers some of the highest cost-benefit ratios of any type of disaster risk management effort. In fact, every $1 invested in weather and climate services delivers at least $3 in socioeconomic benefits.

Globally, more than 100 countries are in need of critical modernization efforts for hydromet services. This global challenge requires international investment of at least $1.5 billion, with an additional $300-400 million per year required to support the proper operation of modernized systems.

As international partners observe World Meteorological Day this Friday, March 23, 2018, efforts like these will help illuminate a path towards a future that is "weather-ready and climate-smart." For Central Asia, now is the time to take advantage of improved weather, water, and climate data to not only anticipate extreme weather events, but also to inform sustainable development.