When Hurricane Matthew tore through the Western Atlantic last month, winds of nearly 150 miles per hour battered coastal communities, decimating agricultural and residential areas in a number of Small Island Developing States (SIDS) like Haiti, St. Vincent and the Grenadines, the Dominican Republic, and others. More than 1,000 perished in the storm, with 1.4 million in desperate need of humanitarian aid.

Disasters like this are becoming all too common, especially for SIDS. These countries are located in some of the most natural disaster-prone regions of the world and the effects of climate change are compounding the intensity of these disasters, as well as creating new developmental challenges. In fact, SIDS account for two-thirds of the countries in the world that suffer the highest relative losses due to natural disasters on an annual basis - between 1 to 9 percent of their GDP each year. In the Pacific Islands alone, disasters have affected more than 9 million people over the last 50 years, claiming more than 10,000 lives and causing more than $3 billion in damages, threatening sustainable development.

In addition to heightened climate and disaster risk, SIDS also face a host of socio-political challenges that imperil traditional efforts to build resilience. Climate and disaster events severely affect key economic sectors in SIDS, leading to lower economic growth and negatively impacting the most vulnerable populations. Moreover, because relatively stable and strong fiscal revenues and domestic savings are rare in SIDS, governments often need to divert scarce public resources from essential social and economic development investments to address disaster-related needs, compromising the pace and scope of future growth. SIDS are, therefore, caught up in a vicious cycle of intertwined and mutually-reinforcing challenges – economic, social, and environmental. 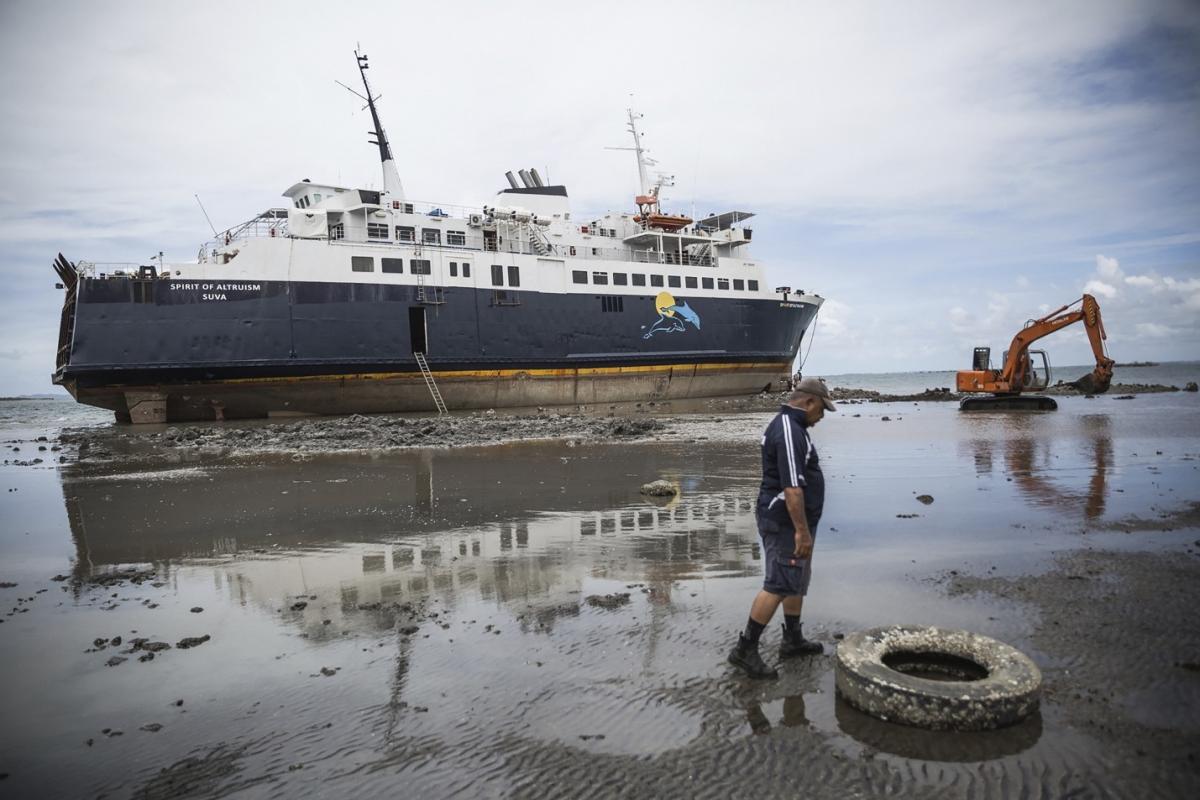 As governments around the world begin to ratify the Paris Climate Agreement, new attention is being given to increasing support for SIDS to help build lasting resilience and ensure development efforts are not simply washed away. The World Bank, along with the Global Facility for Disaster Reduction and Recovery (GFDRR), have been working to address some of the key fiscal barriers to investments to reduce climate and disaster risk. A dedicated Small Island States Resilience Initiative is bringing together experts and international partners to tackle issues like:

“Climate and disaster risk is an important consideration for any country – for SIDS, however, it is an existential threat,” says John Roome, Senior Director of the Climate Change Group at the World Bank. “When a single event can cause losses that exceed GDP by several times, governments need a more comprehensive approach to manage risk effectively.  We are working with our partners to ensure that Small Island States have the tools they need to protect both their citizens and their economies, and are able to channel incoming financing where it is most needed.”

While much progress has been made, many important hurdles remain. According to a new report, Climate and Disaster Resilience Financing in Small Islamd States, concessional finance for these vulnerable countries is actually shrinking, especially the least-developed states. The report, commissioned by the World Bank, GFDRR, and Organization for Economic Co-operation and Development (OECD), takes an in-depth look at remaining challenges in concessional financing to fund risk-reduction efforts, and provides targeted recommendations to help overcome crucial obstacles and encourage smart investments in resilience. Increased national capacities, better risk information through new technologies, and integration of disaster risk management into national strategies are just a few of the key insights offered by the three institutions.

“Sustaining development progress in the midst of a increasingly volatile climate is no easy task, especially for communities within SIDS,” says Jorge Moreira da Silva, Director of the Development Cooperation Directorate at OECD. “However, with greater international cooperation and by harnessing emerging financial innovations, governments and donors can steer vital financing to build lasting resilience for these countries, and create a safer and more prosperous future.”

As countries around the world commit to the new Paris Agreement and prepare for upcoming CoP22 negotiations on adaptation-specific policies, this new report will hopefully help generate momentum in the international community to engage with this important and urgent agenda.