China has made significant headway in strengthening the standardization of its disaster loss statistical system. As a result, there has been a marked improvement in the ability of disaster risk managers to use and analyze the country’s disaster loss data for risk-informed reconstruction and planning. An excerpt from our latest knowledge note, Learning from Experience: Insights from China’s Progress in Disaster Risk Management. Read the full chapter here.

Systematic disaster data are critical to effective disaster risk management. This was illustrated in the aftermath of the magnitude 8.0 Wenchuan Earthquake, which struck southwestern China in 2008, when gaps in the country’s disaster data hampered efforts toward risk informed decision-making in the recovery process.

Critically, the classification of disaster types was not uniform among different disaster management departments, affecting the accuracy of disaster statistics. For instance, different disaster management departments applied varying definitions of the same loss indicator. Furthermore, in the absence of a disaster loss reporting system, loss information was manually collected, without a consistent time scale; this affected the efficiency of the emergency management system. These challenges were exacerbated by the limited number of disaster loss statisticians at the grassroots level.

Recognizing the importance of addressing gaps in China’s disaster data, the National Disaster Reduction Center of China (NDRCC), which is affiliated with the Ministry of Emergency Management of China, has devoted considerable effort over the past decade to revising and improving the disaster loss statistical system. Since 2009, the Technical Committee on Disaster Reduction and Relief of standardization Administration of China has issued several national and industry standards to improve China’s disaster loss statistical system. Between 2009 and 2012,  national standards on natural disaster statistics encompassing 28 basic indicators and 116 extended indicators related to population,  buildings, infrastructure, agriculture, and other sectors were published. In 2012, the national standard on classification and codes for natural disasters was issued, defining five main disaster categories and and 39 disaster types within those categories. In conjunction with these efforts, national and industry standards on sampling and verification of disaster losses were developed to ensure the quality of loss data.

In 2014, the statistical system for especially severe natural disaster losses was officially issued and executed, with the aim of more comprehensively understanding the scope and losses of disasters. Entailing 738 statistical indicators, this system is initiated when a particularly serious natural disaster occurs, the National Natural Disaster Relief Level I emergency response is initiated, or the State Council decides to conduct a comprehensive assessment of disaster losses.

The national natural disaster loss reporting platform, activated and available online as of 2009, was  integrated with this statistical system. As a result of this integration, by 2018, more than 734,000 disaster information officers using computers or mobile phones from local villages and towns could quickly report event-level disaster loss information. These disaster information officers need to be trained to have professional qualification certificates. 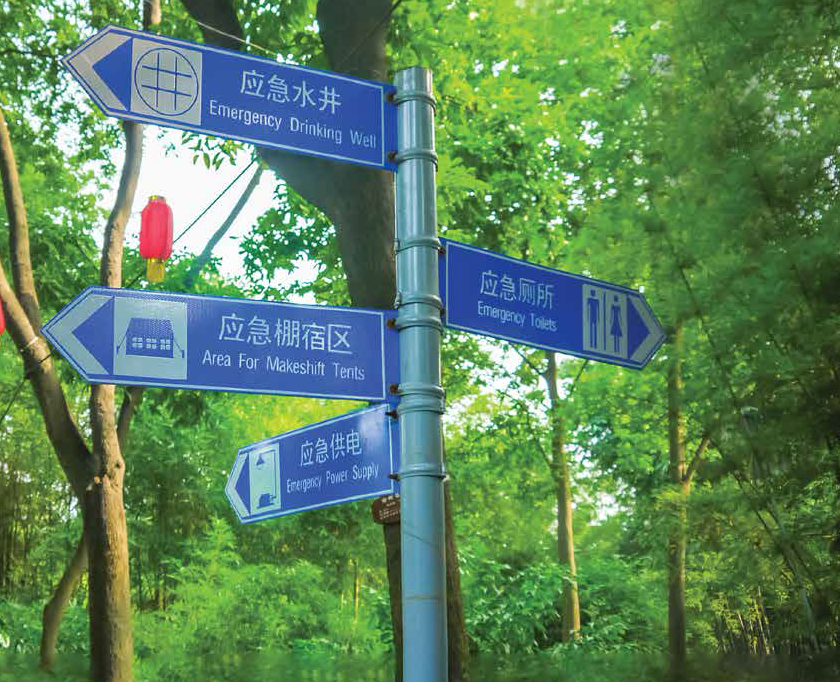 The efforts to standardize disaster loss statistics have made a significant contribution toward strengthening emergency relief and reconstruction as well as national disaster risk reduction (DRR) planning.

Most critically, disaster loss information can be released much sooner than before. Almost all of the first loss report can now be acquired by the central government within 24 hours. This loss report provides several key indicators, including on population deaths, the number of building collapses, and the number of evacuated people, all of which are essential to launch an appropriate corresponding emergency plan. The report also informs a range of publicly disseminated risk communication resources such as disaster reports on mobile phones, Yesterday’s Disasters, and the Annual Atlas of Natural Hazard-induced Disasters.

The disaster loss information collected provides a foundation for comprehensive loss estimation for major natural disasters, including for resilient recovery. In the aftermath of the 2008 Wenchuan Earthquake, the estimation found that the reconstruction need was 1.17 times the direct physical damage for the 2008 Wenchuan Earthquake, considering the costs of increased fortification and inflation.

The expedited release of disaster loss information means that the time for a comprehensive loss estimation for major natural disasters has been shortened. Case in point: this exercise took 27 days after the 2013 Lushan Earthquake, compared with 112 days following the 2008 Wenchuan Earthquake.

Analysis of disaster loss based on the collected information also informs disaster risk planning goals. For example, the planning goal for the direct damage as a percentage of GDP was set to 1.5 percent annually in the National Comprehensive Disaster Prevention and Mitigation Plan (2011–2015). This is based on the analysis of actual loss during the period of 2006–2010, which was about 1.8 percent of annual GDP on average.

Looking Ahead: Keeping Up with Evolving Disaster Challenges

The progress toward strengthening China’s disaster loss statistics system has been remarkable. But this system requires constant review and reassessment to ensure that it keeps up with the country’s evolving disaster risk. Here are a few of the most critical lessons learned and challenges.

• A hierarchical system for disaster loss statistical indicators should be considered to meet disaster risk decision-making needs in different levels. The 28 basic loss indicators are mainly used to support emergency response decision-making, combined with the other 116 extended loss indicators. Together, they can allow reconstruction needs for different sectors to be estimated. Meanwhile, there are 738 loss statistical indicators related to major disasters that can support a more comprehensive disaster impact assessment and refined reconstruction need estimation.

• The locally reported number of disaster losses may exaggerate the loss of destruction, which may be explained by the fact that reported losses are linked to the resources and support that can be obtained for reconstruction. Verification of the loss figures is time consuming and laborious.

• Although there are 738 loss statistical indicators related to major disasters, whether these are enough— or even redundant—remains to be seen. For example, the restoration and reconstruction of natural ecosystems and natural heritage was the main mission in the recovery strategy after the 2017 Jiuzhaigou Earthquake, yet there are no such loss indicators for this reconstruction need assessment in the present disaster loss statistical system.

• Losses in terms of economic flows have not been included in the present disaster statistical system. The output of the economy’s productive sectors is sensitive to disasters. Estimating this indirect economic loss due to business interruption resulting from disasters is useful to understanding how accelerated recovery and reconstruction could contribute to reducing output loss risk, and could also help ensure a more comprehensive understanding of disaster impacts.

• Economic impacts, at macro and micro levels, and human development impacts are not fully accounted for in the current disaster loss statistical system. The impacts of the disaster on the quality of human life in the medium and long term, as well as on economic performance and personal/household income and employment in all sectors, are yet not fully evaluated.