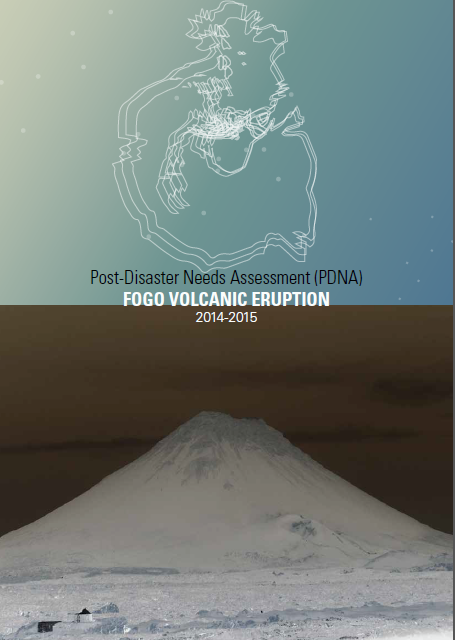 The eruption of the Pico do Fogo volcano began on 23rd of November 2014 and continued until February 8th, 2015. By the end of the eruption, the lava had covered an era of approximately 520 ha with an average 8-meter height lava wall.

The 88 days of intense and effusive eruption culminated in the total destruction of all houses and community infrastructures of the localities of Portela and Bangaeira - Chã das Caldeiras, forcing the evacuation and displacement of 994 people.

At the request of the Government of Cabo Verde, a Post Disaster Needs Assessment was undertaken with the support of the ACP- EU NDRR Program and has now been published in both Portuguese and English.

The PDNA is the result of the efforts of the Government of Cabo Verde and its international partners aiming at providing the country with an assessment based on an internationally accepted methodology for resource and partnership mobilization in order to effectively recover and reconstruct after a disaster event.