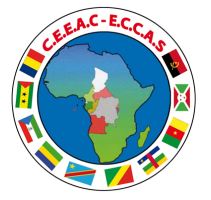 Context and Objectives
Member countries of the Economic Community of Central African States (ECCAS) are some of the most least developed countries in Africa. These countries are also the most vulnerable to natural disasters due to lack of financial resources and capacity for coping mechanisms.

Main Activities and results
The project aimed to reinforce the capacity of ECCAS to design and implement a regional disaster risk management program in Central Africa in close coordination with the member states of ECCAS. The project enhanced the capacity of ECCAS to manage complex DRM programs, and supported the development of risk reduction measures, preparedness and response to disaster risk in Central Africa. The project achieved the following results:

Partnerships and Coordination
This activity complemented the ECCAS DRR strategy. It also complemented the Central Africa Regional Strategy for Risk Prevention, Disaster Management and Climate Change Adaptation (SRPRGC), which was adopted in 2012 by the Ministers from ECCAS Member States with support and facilitation of the United Nations Office for the Coordination of Humanitarian Affairs (OCHA) and the United Nations International Strategy for Disaster Reduction (UNISDR).