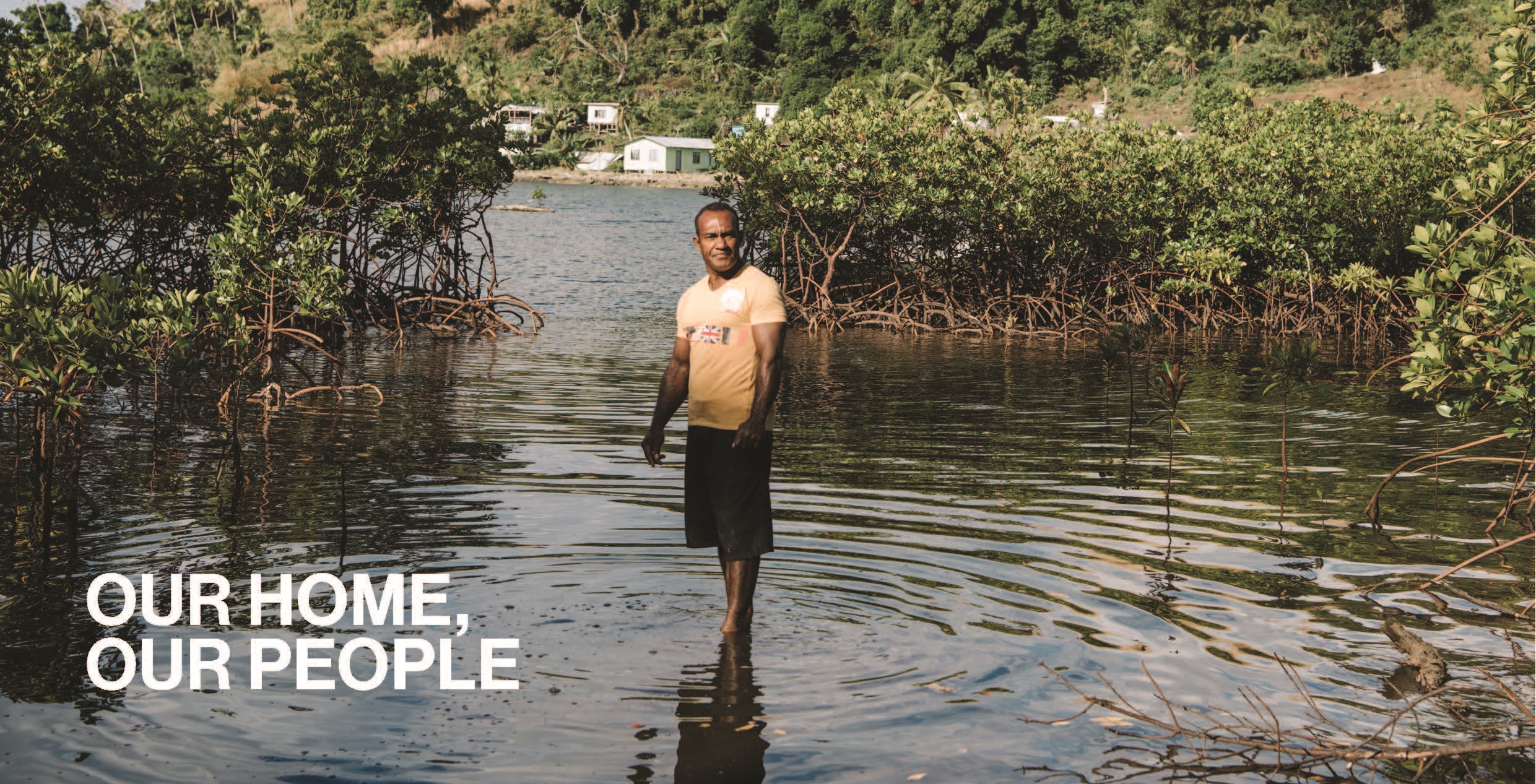 Fiji is an island nation with ambitious development goals. Its 5- and 20-year National Development Plan aims to more than double the real gross domestic product (GDP) per capita by 2036 and to provide universal access to all services. However, Fiji faces major threats from natural disasters and climate change that threaten the objectives of the country’s Development Plan. By 2050, climate change could increase the cost of cyclones and floods to 6.5% of GDP, and push 32,400 people into poverty per year. To quantify and enhance the understanding of the threat that natural hazards and climate change pose to its Development Plan objectives, Fiji has prepared a Climate Vulnerability Assessment with support from the World Bank and Global Facility for Disaster Reduction and Recovery (GFDRR) that pilots a methodology to assess climate and disaster vulnerability and design climate change adaptation and risk management plans and strategies.

Vei lomani is a Fijian phrase meaning ‘the act of loving one another’. It’s an expression of utmost significance for many Fijians. Ben Ryan, Fiji’s former Rugby Sevens coach, even had the phrase inked to his body following their history-making gold medal win at the 2016 Olympics in Rio de Janeiro. It signifies what makes their home so truly special; the deep connection to home and community, and the importance of supporting each other at all times.

“One reason why Fiji is paradise is because it’s a country that cares. We care for each other,”says 74-year old Rupeni Vatugata, who has led the construction of 13 houses in his village for neighbors who lost their homes during 2016’s devastating Category Five Tropical Cyclone Winston.

Rupeni’s commitment to the spirit of vei lomani is reflected across Fiji. In schools, teachers like Asmita Kamal are educating Fiji’s next generation on the importance of protecting and defending their environment. In villages, men like Rai Tabusoro are leading the charge in establishing new income opportunities for their entire community. In coastal communities, leaders like Luke Tuibua are protecting precious resources for future generations.

Yet there is a looming shadow across Fiji and the Pacific Islands: climate change. The country saw its devastating impact in 2016 when Cyclone Winston tore across the country. And it continues to be seen each day in villages like Vunisavisavi, where a number of homes have already been relocated due to sea water washing across large parts of the village during high tides. Vunisavsavi’s residents, including 11-year old Catalina, and 61-year old advocate Meredani  are already doing what they can in the fight to protect the place they call home.

New numbers detail the scale of the fight ahead

There is now valuable ammunition for this fight. Throughout 2017, the Government of Fiji, together with the Global Facility for Disaster Reduction and Recovery (GFDRR) and the World Bank, have brought together experts from across a variety of areas—economic modelling, social protection, health, transport and infrastructure—to produce a significant new body of research to help better understand, and put clear numbers around, the impacts and costs of climate change for Fiji.

Climate Vulnerability Assessment: Making Fiji Climate Resilient, launched at COP23 in Bonn under Fiji’s historical Presidency of this major global event, provides significant new analysis of Fiji’s vulnerability to climate change. It includes projections that show the potential impacts of climate change on Fiji over the coming decades, and analyses of what climate change means for its economy, health and food security together with what it could mean for key industries including agriculture and tourism. And it presents a wide range of data and analyses of what projected sea level changes mean for coastal communities and low-lying islands in the country.

The report makes for sobering–yet vital–reading that will provide the Fijian Government, other island countries, as well as the World Bank and other development partners, with a clear, evidence-based resource that can be used for planning climate change interventions to protect Fiji.

Key points from the report include: "Fiji is asking the world for drastic action on climate change-building resilience through adaptation and reducing greenhouse gas emissions so that climate change does not impose a limit to our development and the aspiration of our people to live in their own lands. "

Prime Minister of the Republic of Fiji and COP23 President

Experience the reality behind the numbers

The Climate Vulnerability Assessment is also backed by a significant storytelling project, called Our Home, Our People.

It includes a 360-degree Virtual Reality (VR) story that takes viewers to the hills of Ra Province, and into the water along the shores of Vunisavisavi, to meet Catalina, Asmita, Rupeni and Rai and their families, and to delve deeper into their respective stories. Supported by an interactive website (www.ourhomeourpeople.com), the storytelling project is designed to put human faces to the numbers in the Vulnerability Assessment.

CLIMATE CHANGE IN FIJI IN VR: 'OUR HOME, OUR PEOPLE'