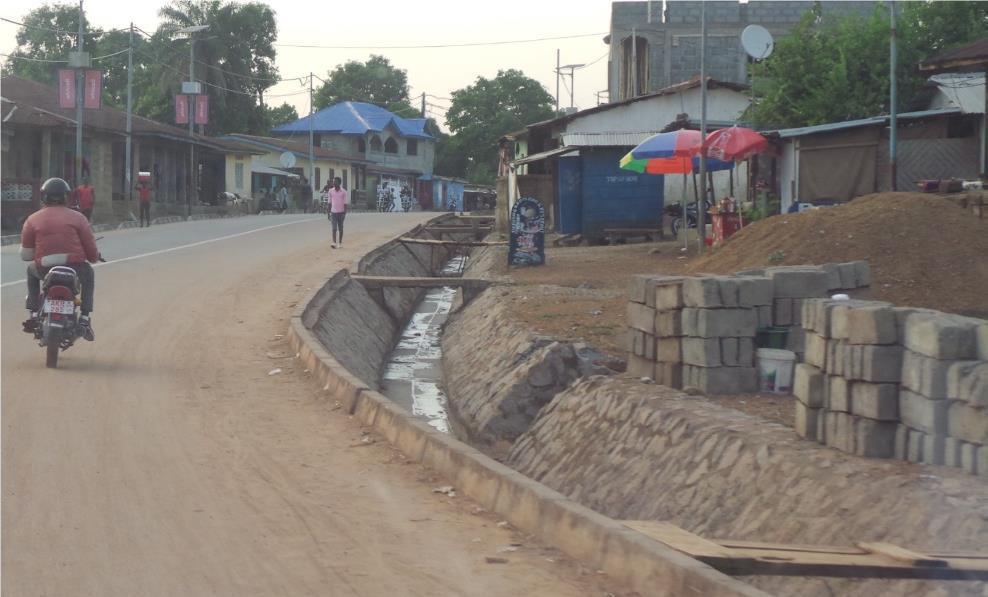 Context and Objectives
The primary objective of the project was to contribute to integrating Disaster Risk Reduction (DRR) and Climate Change Adaptation (CCA) in development strategies in Sierra Leone. The project aimed to do so by building the capacity of targeted communities to implement community-based DRM, and by providing technical assistance to district and national institutions to integrate DRR and CCA in development planning.

Results
The project was temporarily suspended because of the outbreak of Ebola in 2014-15, but has now been fully implemented.

Under Component 1, a capacity building workshop on Post Disaster Needs Assessments was organized in the fall of 2013, and a two day "experience sharing meeting" was organized in July 2014 for members of Sierra Leone's national DRR Platform and officials from the Ghanaian National Disaster Management Organization.

Also activities under components 2 and 3 were completed. The Government of Sierra Leone was supported in developing a city level risk assessment for three cities (Freetown, Makeni and Bo), which provided a comprehensive risk analysis and identified priority needs, priority investments, and feasibility studies. The studies developed under the ACP-EU NDRR project feed into the World Bank-financed Freetown Emergency Recovery Project, which rehabilitates selected critical infrastructure and strengthens government capacity for managing disaster risk.

Partnerships and Coordination
The project team was in close coordination with the Office of the National Security, which is the main counterpart at central level; as well as with all the targeted cities, for example the mayors of all three cities and the district chairman of Makeni and Bo.

The World Bank team coordinated with the EU Delegation regarding other ongoing EU initiatives in Sierra Leone. In addition, the EU Delegation was invited to the presentation and validation of the project findings.