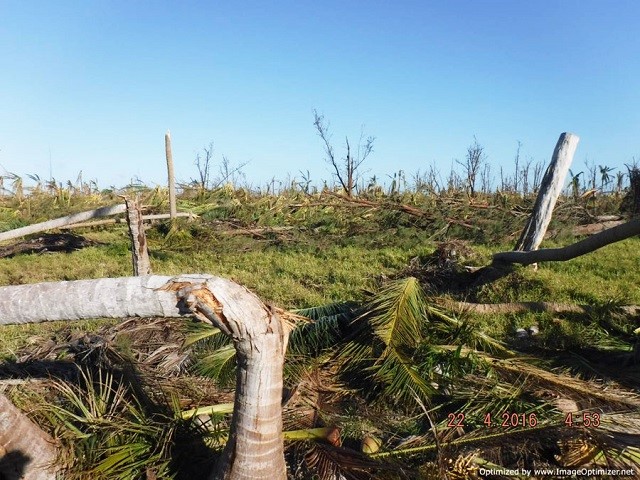 Tropical Cyclone Fantala, one of the most severe storms to ever hit the South-West Indian Ocean, twice passed near the Farquhar Group of the Seychelles between April 17 and 19, 2016 causing widespread damage to nearly all private and public buildings, including the destruction of important desalination facilities (only four cyclone-proof facilities on the island survived), while significantly impacting communities and livelihoods in the archipelago.

The objectives of this project were to:

The World Bank conducted the rapid damage and loss assessment in coordination with the United Nations System, the EU Delegation in Mauritius, the Indian Ocean Commission and engaged with other agencies as needed. The World Bank team has been in contact and coordinating the response with the EU delegation in Mauritius, and the United Nations Resident Coordinator.

The PDNA can be found here.