Saint Vincent and the Grenadines: Floods and Landslides Assessment 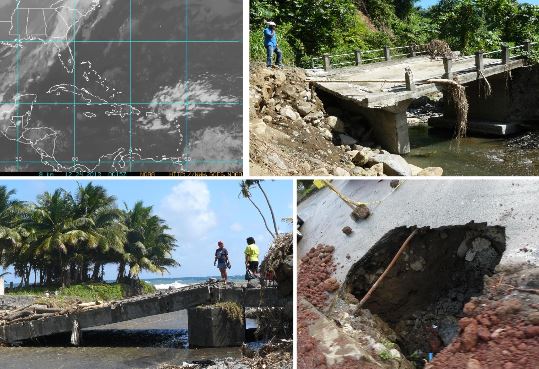 Context and Objectives
The main objective of this project was to conduct a rapid assessment of damages from the December 2013 floods and landslides, and to assist the government of Saint Vincent and the Grenadines to plan the country's recovery.

Partnerships and Coordination
During the preparation of the Rapid Damage and Loss Assessment, the World Bank team consulted the EU Delegation to the region (Barbados).

Furthermore, shortly after the completion of the damage assessment, the World Bank team met with, and made a presentation, to share the assessment findings with donors and regional development partners in Barbados.

Additionally, linkages with all relevant regional actors (including the United Nations) were created to ensure that knowledge and processes are shared and some capacity is built throughout the process. More specifically, the UNDP-led post-disaster needs assessment conducted subsequently in St. Vincent and the Grenadines was informed by the findings of the rapid damage and loss assessment.

The St.Vincent and the Grenadines rapid damage and loss assessment process, findings and lessons learnt were also discussed and shared among national and regional technical experts during the Caribbean Open Disaster Risk Information Webinar: Damage and Loss Assessments (St. Lucia and St. Vincent & the Grenadines), organized by the World Bank. The video is accessible here.