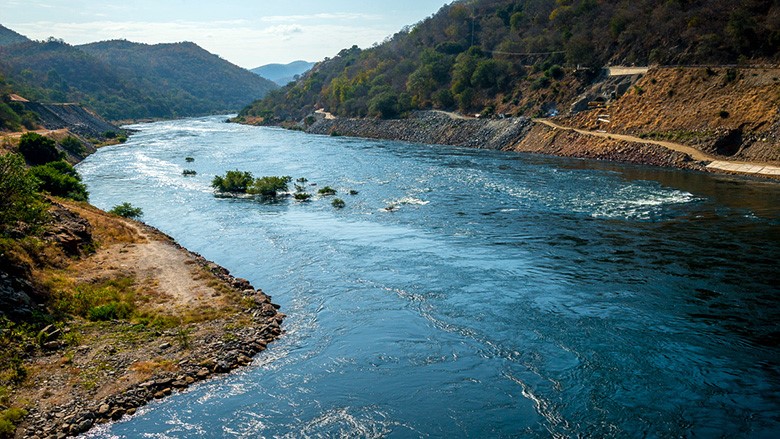 Strengthening Community Resilience in Mozambique: this Results of Resilience story describes how the ACP-EU NDRR Program has supported Mozambique to work with communities to devise locally-appropriate and locally-owned disaster risk management strategies.

Supporting Resilient Reconstruction in Dominica following Hurricane Maria
This Results in Resilience story describes how the ACP-EU NDRR Program has supported Dominica following Hurricane Maria in September 2017, through a first project to conduct a Post-Disaster Needs Assessments (PDNA) and another project which aims to improve the application and uptake of resilient building practices in the housing sector in Dominica.

Informing Fiscal Resilience Efforts in the Indian Ocean Islands
The Results in Resilience Story showcases the support of the ACP-EU NDRR Program to South West Indian Ocean (SWIO) islands to improve their understanding of the region's disaster risks, as input for the future implementation of Disaster Risk Financing Mechanisms.

Using Unmanned Aerial Vehicles to Assess Disaster Risk in Fiji and Tonga
The Results in Resilience Story showcases the support the ACP-EU NDRR Program provided to Fiji and Tonga to build their capacity and readiness to deploy Unmanned Aerial Vehicles (UAVs) for disaster and climate risk assessments, and for rapid identification of damages to the environment in post-disaster situations.

Improving Risk Information in Tanzania
The Result in Resilience Story describes the support the ACP-EU NDRR Program provided to an activity publicly known as Ramani Huria, which is Swahili for “Open Map.” Ramani Huria has enabled the collection of over 750,000 building footprints; 120 kilometers of imagery and surface models; 2,091 kilometres of roads; and tens of thousands of points of interest such as toilets, water points, schools and other critical infrastructure.

Enhancing Disaster Preparedness in Togo
The Togolese Ministry of Environment and Forestry launched in 2013 the Integrated Disaster and Land Management (IDLM) project, to manage the risks of flooding and land degradation in Togo. The IDLM project received support from the ACP-EU NDRR Program. With this support, over 115,000 citizens were informed about risk reduction, and 87 km of drainage systems were improved, among others.

Communicating Flood Risk Along Guyana’s Coast
In January 2005, heavy rainfall caused catastrophic flooding along Guyana's coasts, affecting 290,000 people – almost half of Guyana’s population. Total flood damage was estimated at $465 million, or nearly 60 percent of the country’s GDP, prompting the government to work towards increasing its capacity to manage flood risk.

Building Climate and Disaster Resilience in Timor-Leste
Timor-Leste, a small, mountainous country in Southeast Asia occupying the eastern half the island of Timor, is highly vulnerable to natural hazards. Weather-related risks, such as monsoon rains, droughts, flash floods, landslides, and destructive winds are frequent threats. These risks are exacerbated by the potential for seismic risks, volcanoes, and tsunamis.

Building Back Better in Tonga after Cyclone Ian
After Tropical Cyclone Ian swept through the Pacific Island nation of Tonga in 2014, The government, the World Bank, and the Global Facility for Disaster Reduction and Recovery (GFDRR), with funding from the Africa Caribbean Pacific-European Union Natural Disaster Risk Reduction Program (ACP-EU NDRR), worked to rapidly assess the damages, and implement a recovery program which would strengthen the housing and transport infrastructure sectors against future natural hazards.

Weathering Future Storms in the Seychelles
When Tropical Cyclone Felleng battered the multi-island country of Seychelles with heavy rain in January 2013, the government, with support from the World Bank and the Africa Caribbean Pacific-European Union Natural Disaster Risk Reduction (ACP-EU NDRR) Program, an initiative managed by the Global Facility for Disaster Reduction and Recovery (GFDRR) worked to assess the damages and ensure that recovery efforts mitigate the effects of future natural hazards.

Resilient Recovery in Samoa after Cyclone Evan
Following the powerful Tropical Cyclone Evan that swept across the island of Samoa in July 2012, the World Bank and the Global Facility for Disaster Reduction and Recovery (GFDRR), with funding from the Africa Caribbean Pacific–European Union Natural Disaster Risk Reduction Program (ACP-EU NDRR), worked with the government to assess damages, launch a comprehensive disaster recovery and reconstruction plan to make the transport and agriculture sectors more resilient, and strengthen the country’s financial capacity to manage future shocks from natural disasters.

Stakeholders Engage to Build Belize’s Climate Resilience
With the increasing incidence of climate-related disasters, the Government of Belize is working to improve its resilience by transforming the country’s approach to economic and social development with a national plan that cuts across all sectors of the economy.

Identifying risks and Guiding Recovery efforts in Malawi
In January 2015, Malawi experienced some of the most devastating flooding in its history. In the aftermath, the Government of Malawi conducted a post-disaster needs assessment (PDNA), with support from the European Union (EU), the Global Facility for Disaster Reduction and Recovery (GFDRR), the United Nations (UN), and the World Bank.

Strengthening Financial Resilience in the Pacific
In response to requests from 15 countries, the World Bank, GFDRR, and other partners formed the Pacific Catastrophe Risk Assessment and Financing Initiative (PCRAFI) in 2007 to help mitigate disaster and climate change risk.

Suporting Resilient Recovery in Vanuaty after Cyclone Pam
Following the destructive Tropical Cyclone Pam that swept across the Pacific nation in March 2015, the Global Facility for Disaster Reduction and Recovery (GFDRR) and the World Bank quickly mobilized to respond.