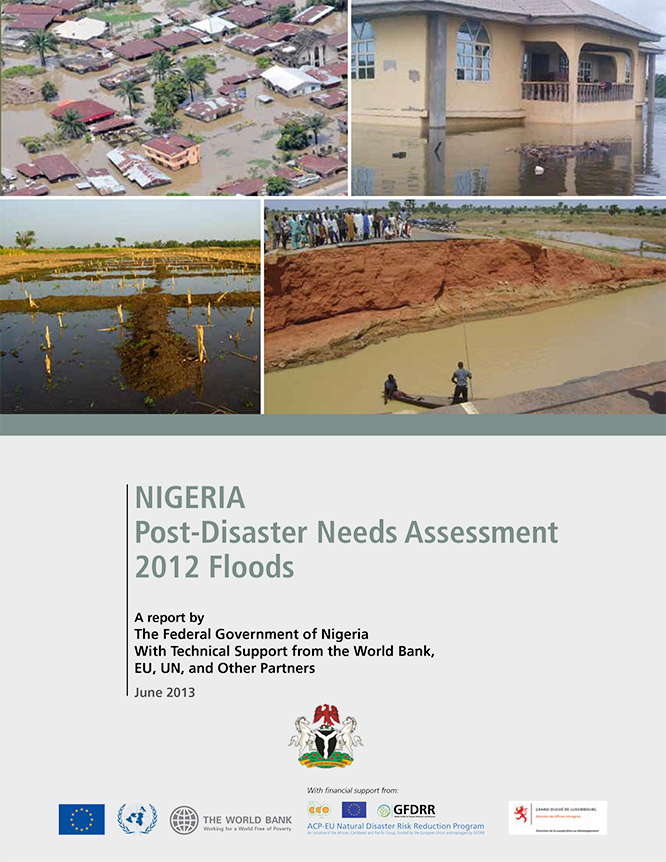 Heavy rains between July and October 2012 combined with rising water levels resulting from the runoff contributed to the flooding of human settlements located downstream of the Kainji, Shiroro, and Jebba dams on the Niger River; the Lagdo dam in Cameroun on the Benue River; the Kiri dam on the Gongola River; and several other irrigation dams. In some cases, the dams were damaged; in others, water had to be released at full force to avert an overflow.

To determine the impact of the floods and the resulting post-disaster recovery, reconstruction, and resilience needs, a Post-Disaster Needs Assessment (PDNA) was undertaken from November to December 2012.