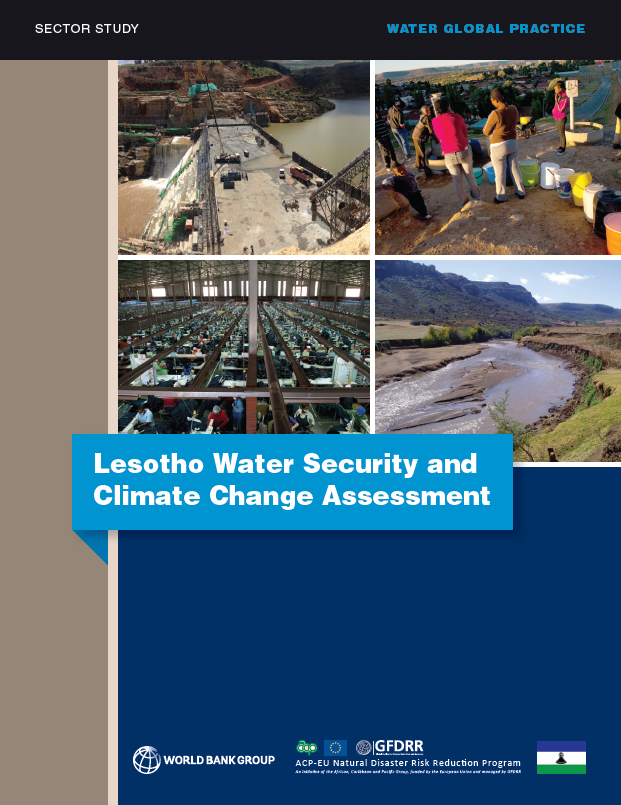 Despite its abundant water resources, Lesotho remains vulnerable to the impacts associated with regular and recurrent floods and droughts. The floods in 2011 were the largest in the country since the 1930s, while the drought in 2015 –16 period was the most severe on record. All the climate models indicate that average mean surface temperatures will rise, but precipitation projections vary greatly.

In this context, the report, “Lesotho Water Security and Climate Change Assessment” has been published thanks to the support of the ACP-EU NDRR Program. This report examines the implications of climate change for Lesotho’s future development and economy, focusing particularly on the different water infrastructure investments being considered by the Government of Lesotho. Through assessing the performance of the water management system, the study tests how different adaptation strategies would affect water availability for different sectors under a wide range of possible future climatic conditions up to 2050.