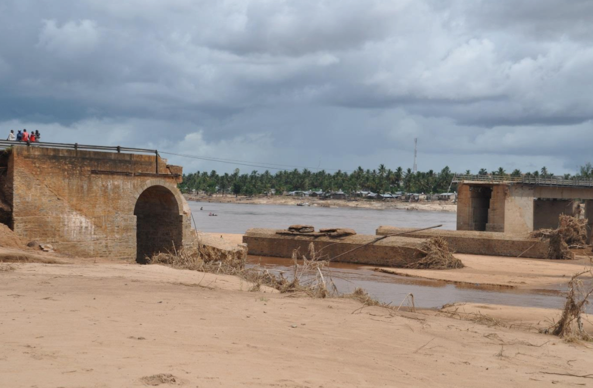 In January 2015, a period of significant rainfall affected the northern and central regions of Mozambique causing damaging flooding. The project was designed to support the Government of Mozambique in the assessment of the floods’ impacts to the population and infrastructures, and in advising towards a sustainable recovery and reconstruction process.

A rapid assessment following the floods was delivered. It indicated that about 326,000 people were affected and 140 were killed; about 30,000 houses 2,362 classrooms and 17 health units were either partially or totally destroyed; 104,430 hectares of crops have been lost during the event, impacting 102,000 farmer households. The cost of damages was estimated by the report to be around $371 million, or 2.4 percent of GDP, and the costs of recovery and reconstruction at $490 million. The report also includes recommendations on risk reduction.

The report was finalized in April 2015, as a collaborative exercise involving the UN, EU, World Bank and all relevant Departments within the Government of Mozambique. Under the overall leadership of the Government of Mozambique, the project was executed by the World Bank, and involved coordination with the EU, the UN, other relevant development partners and Government institutions in charge of transportation, energy, agriculture, water, sanitation, urban development, urban and land-use planning, sustainable land and water management and disaster risk management.

The rapid assessment can be accessed here.