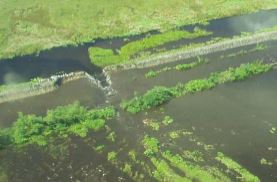 Partnerships and Coordination
This project was designed and implemented in coordination with existing initiatives being implemented by the IDB, JICA and EU.

Useful Links
The final report on the Conservancy Adaptation Project can be found here.