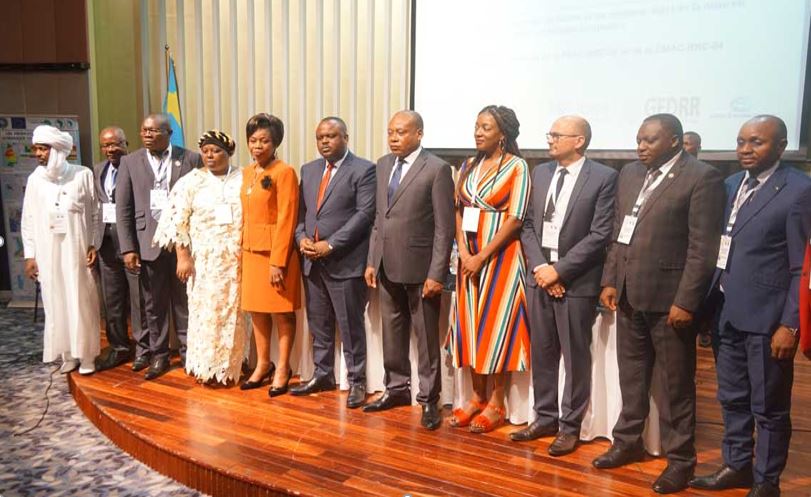 The 2015-2030 Sendai Framework for Disaster Risk Reduction (DRR) recognizes that regional, sub-regional and cross-border cooperation is essential to support the efforts of national and local authorities to reduce vulnerability to natural hazards. Translating this agenda into action has taken multiple forms including through the organization of regional forums to ensure multisectoral dialogue, coordination and implementation of DRR measures.

Specifically, the 8th Central Africa Platform was an opportunity firstly to review progress made in the implementation of the commitments taken during the 7th Central Africa DRR Platform in Burundi in January 2019. Also, specific sessions organized during these gatherings focused on targeted themes, including an update on the management of the Ebola crisis in the region, a thematic discussion bringing together stakeholders from the Parliamentary Network for Disaster Resilience in Central Africa (REPARC), as well as a specific session focusing on disaster risk financing in the region.

The recommendations from the Ministerial segment include, among others, (i) the elaboration of contingency plans for Rwanda and the DRC for the management of volcanic hazards; (ii) the establishment of a funding mechanism for each ECCAS member state for emergency response in the event of disasters (iii) the inclusion of the gender dynamic in disaster risk reduction activities within all ECCAS member states, and (iv) the reiterated importance of the role of the REPARC Network (parliamentarians representatives) of disaster risk reduction for the ECCAS region.

Furthermore, taking advantage of the presence of all eleven ECCAS Member States, the World Bank team provided technical support and held stakeholder consultations during the session related to the Gender Strategy and Action Plan for Mainstreaming DRM, currently being developed in the frame of the Result 2 Program. In addition, another highlight of these events was the presentation of the  ECCAS website focusing on DRR and DRM issues (accessible here: www.grc-ceeac.org).

These events sparked local media traction, highlighting the importance that ECCAS DRR focal points meet to share intra-regional experiences related to the management of disaster and climate risks. It was also a reminder of the crucial aspect that recommendations coming out of these regional meetings are considered at the ministerial level and in turn implemented at national level.

These events have been organized in the frame of Result 2 of the European Union (EU) - Africa, Caribbean and Pacific (ACP) cooperation program Building Disaster Resilience in Sub-Saharan Africa, which is implemented by several partners, including the African Development Bank (AfDB), African Union Commission (AUC), the United Nations International Strategy for Disaster Reduction (UNISDR) and the World Bank (WB)-managed Global Facility for Disaster Reduction and Recovery (GFDRR).