Consisting of Members and Observers, the CG sets GFDRR’s long-term strategic objectives and oversees expected results. The Consultative Group has a Chair, who is a representative of the World Bank Group, and a Co-chair, who is a Member of the CG. 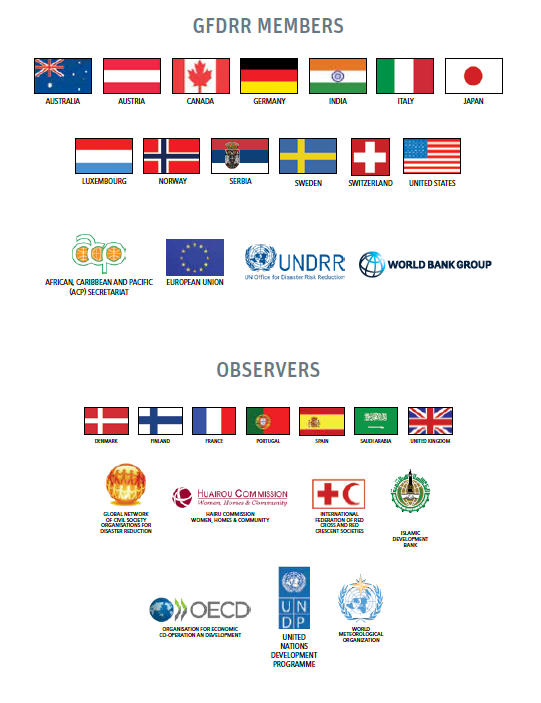 Contributions from most Members and other donors are pooled in GFDRR’s Multi-Donor Trust Fund (MDTF).

The MDTF is used to finance projects around the world and may hold funds from any donor.

GFDRR’s more than 400 partnerships are at the core of its work.

From community-level actors to civil society, and from academia to international organizations, these partners are key players providing financing, offering on-the-ground assistance, and sharing knowledge.

GFDRR also has several partnerships that have generated ongoing operational relationships, single-donor funding sources, or both:

The European Union is a key partner of GFDRR and – together with the Brussels-based Africa Caribbean and Pacific (ACP) Secretariat – its largest single donor, the two organizations having contributed USD 133 million to a range of programs since 2008.

Alongside other core partners, GFDRR and the EU work together to support the climate and disaster risk management agenda at major international events. 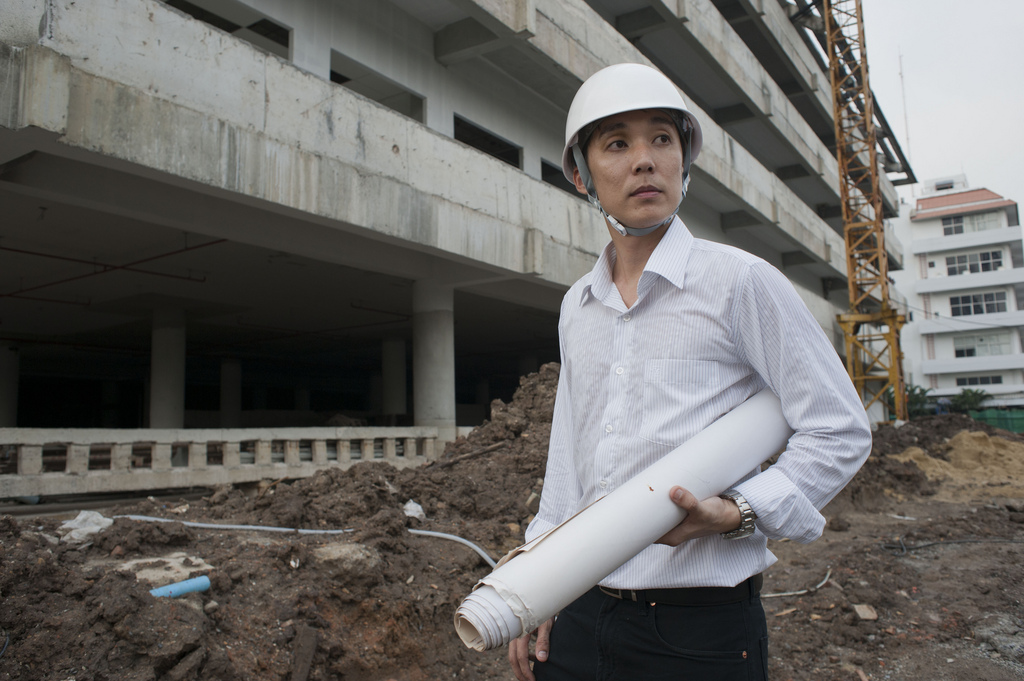 The EU and GFDRR also collaborate closely with the UN on post-disaster needs assessments (PDNAs).

The three institutions jointly issued a PDNA Guide and a Recovery Framework at the 2015 Sendai conference, and have collaborated on more than 40 post-disaster assessments.

Since 2014, GFDRR's cooperation with the EU has become broader than Africa, Caribbean and Pacific, and now also includes three additional programs:

The Japan-World Bank Program for Mainstreaming Disaster Risk Management in Developing Countries is a program established by the partnership of Government of Japan and the World Bank to support client countries in enhancing their resilience against natural disasters. The Program aims to achieve this objective by funding technical assistant (TA) grants and by connecting Japanese and global expertise and best practices in disaster risk management (DRM) with developing countries and World Bank team. Since its inception, the Program has funded over 100 TAs in 56 countries worldwide.

Under the partnership between the Government of Japan and the World Bank, the Program is playing a key role in supporting the global development agenda and helping developing countries achieve the targets set out in the 2030 Agenda for Sustainable Development, the Paris Agreement, and the Sendai Framework for Disaster Risk Reduction.

In April 2018, building on the Program’s achievements of four years since its establishment, the Government of Japan and the World Bank agreed to renew the Program with an additional US$100 million contribution from Japan Ministry of Finance (MoF), doubling the total Program value to US$200 million. The renewed Program will be implemented throughout 2024 and will have a thematic focus on: i) Resilient Infrastructure, ii) Risk Identification, Risk Reduction, and Preparedness, and; iii) Disaster Risk Financing and Insurance (DRFI). The primary development objective of the next five years is to mainstream disaster risk management into national development planning and investment programs, including through World Bank country strategies and operations.

Prioritizes activities that aim to integrate DRM principles and processes across the lifetime of infrastructure investments through design, construction, operations and maintenance, and contingency planning.

Prioritizes activities that aim to enhance the financial resilience of developing countries against natural disasters by strengthening their capacities to better understand, mitigate, plan for, and meet post-disaster financing needs. 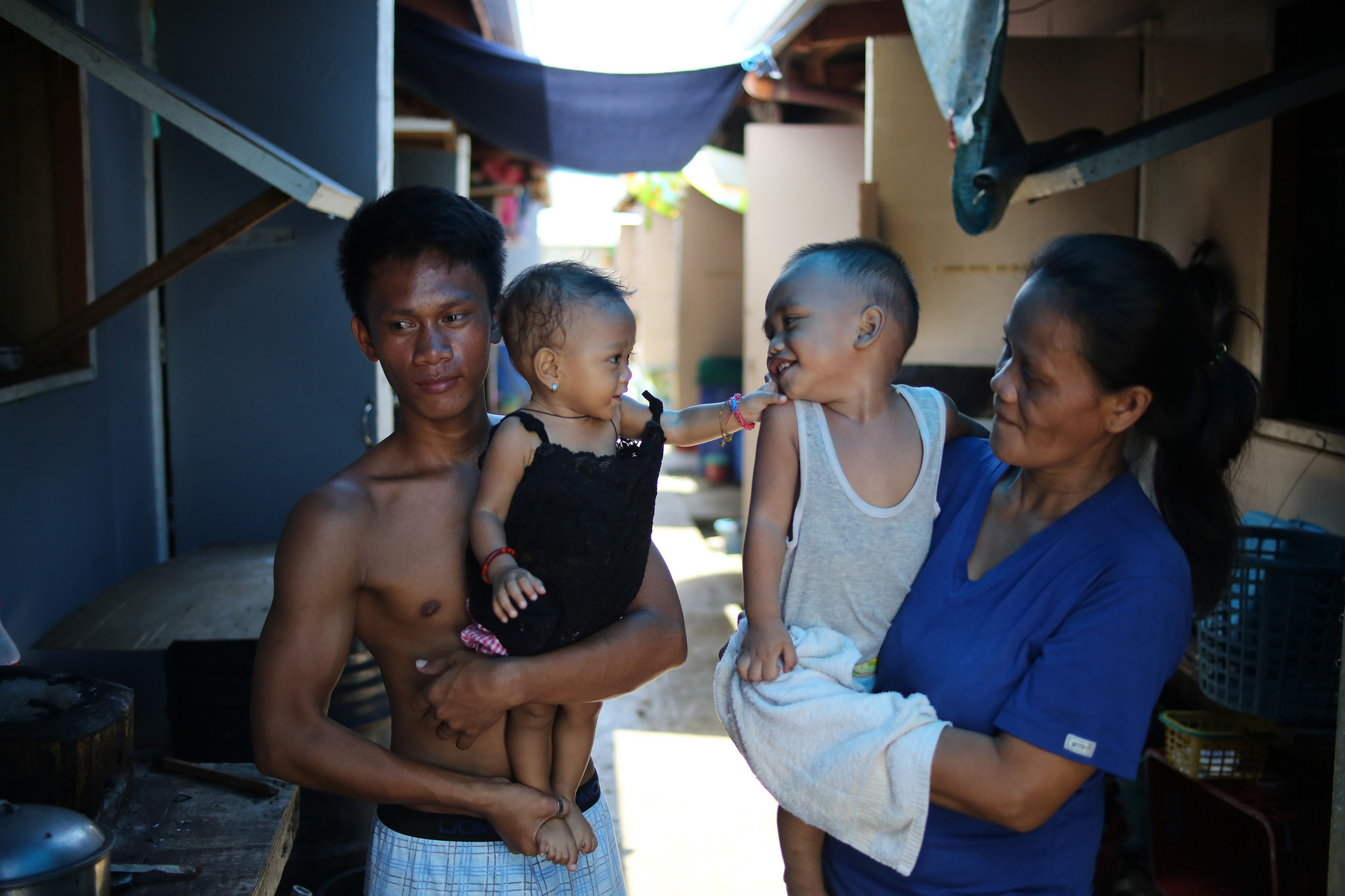 Close cooperation with UN agencies is a cornerstone of GFDRR’s agenda.

Partnerships with the United Nations include: