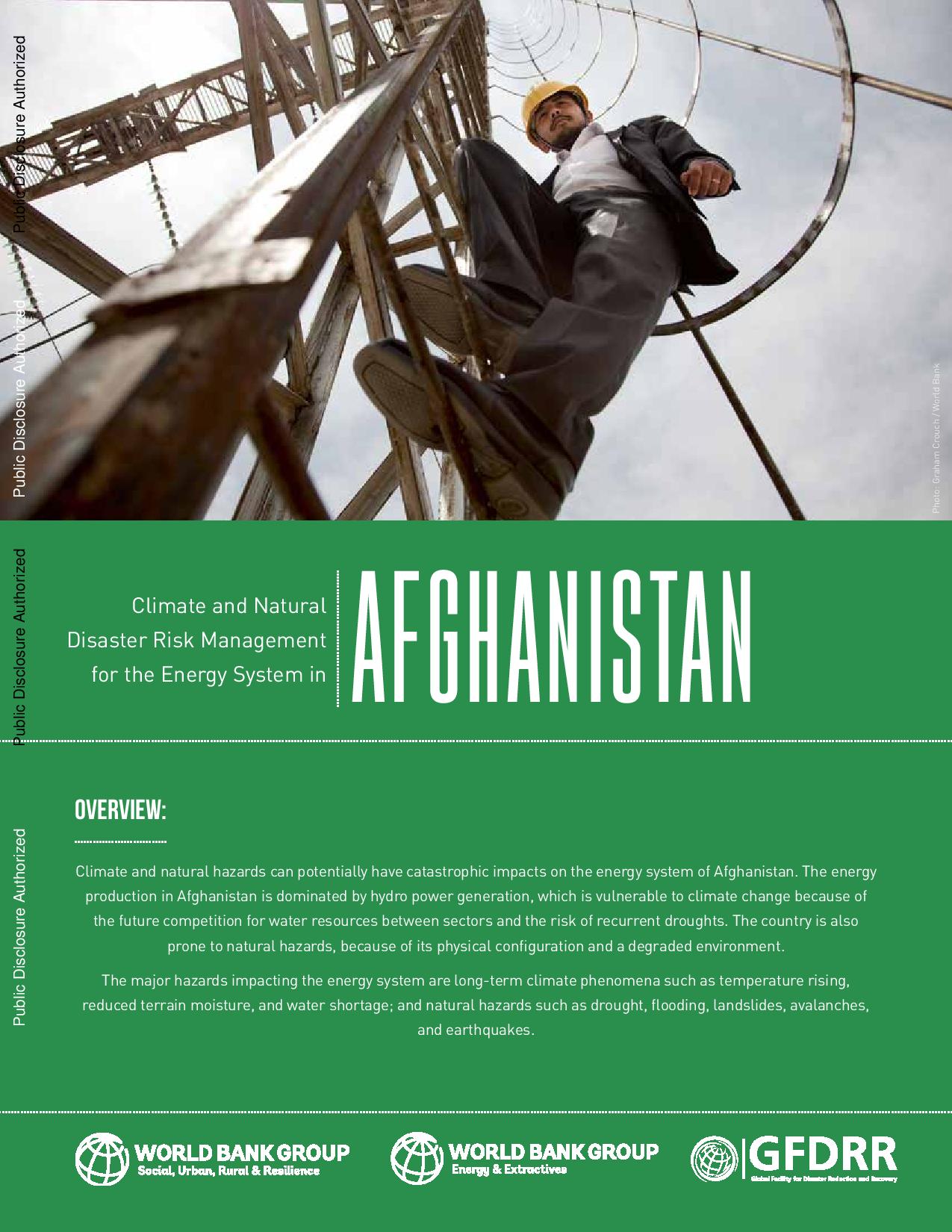 Climate and natural hazards can potentially have catastrophic impacts on the energy system of Afghanistan. The energy production in Afghanistan is dominated by hydro power generation, which is vulnerable to climate change because of
the future competition for water resources between sectors and the risk of recurrent droughts. The country is also prone to natural hazards, because of its physical configuration and a degraded environment. The major hazards impacting the energy system are long-term climate phenomena such as temperature rising, reduced terrain moisture, and water shortage; and natural hazards such as drought, flooding, landslides, avalanches, and earthquakes.